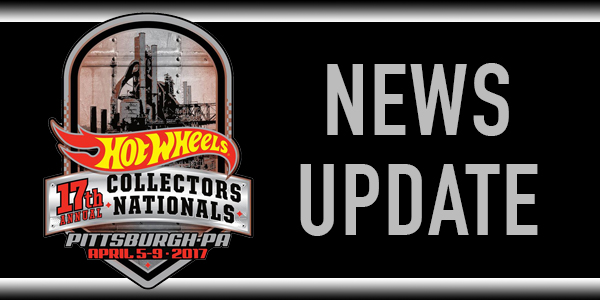 04/09/2017 — Thanks once again to my friend Bruce who snapped these pics of Saturday night’s finale slideshow at the 17th Annual Hot Wheels Nationals Convention in Pittsburgh. He was the one that sent me pictures of the RLC Party FEP Sneaks as well. Also, props to his […]

04/08/2017 — I’ve only heard good things from the fine collectors in attendance at Friday night’s RLC Party at the 17th Annual Hot Wheels Collectors Nationals Convention in Pittsburgh. It seems the new format went over well and members of the RLC are intrigued once again. At the RLC […]

04/03/2017 — The 17th installment of the Hot Wheels Collectors Nationals Convention kicks off on Wednesday in Pittsburgh, Pennsylvania. In what promises to be an exciting convention for the many newbies attending this one — as this is the first Hot Wheels convention to be held in the […] 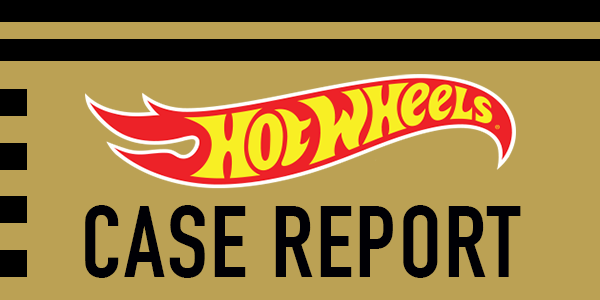 03/28/2017 — After a slow start to the year, Hot Wheels cases seem to be hitting stores at a rapid pace. After the D and E case lull, collectors here in the U.S. have been finding F, G and even H cases seemingly concurrently. Meanwhile, in Malaysia (the home country […]

03/14/2017 — While we are still in the midst of finding E, F & G cases here in the United States, it looks like 2017 Hot Wheels mainline “J” cases have started to show up in the country where Hot Wheels mainline cars are made, Malaysia. There is […]

03/13/2017 — The 4th Spoilers release goes on sale tomorrow over at HotWheelsCollectors.com (HWC). The Hot Wheels King Kuda returns in spectraflame aqua. Originally released as part of the 1970 Spoilers, and re-tooled for the 30th Anniversary in 1998, the King Kuda returns for this HWC Spoilers edition — complete on replica […] 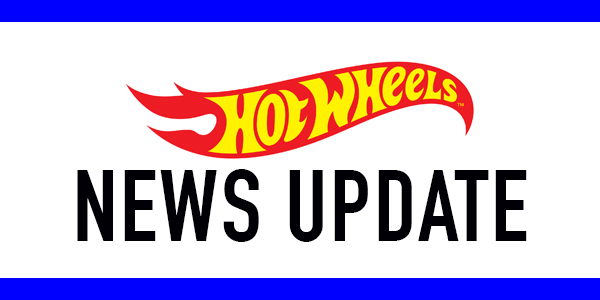 03/11/2017 — Hot Wheels is once again partnering with the big box retailers to offer promotional vehicles for buying cars at retail. Kmart, Toys R Us, and now Walmart will all be the mail-in retailers where you send in receipts and card-backs for mainline Hot Wheels cars totaling $20. […]

02/28/2017 — The closest thing to a vintage 1970 redline is for sale today over at HotWheelsCollectors.com (HWC). The Hot Wheels Heavy Chevy returns, but its not the retooled 2002 casting that we have come to expect in this era. Its actually another retool of the classic Heavy Chevy casting […]

02/22/2017 — McDonald’s is once again releasing Hot Wheels (along with Barbie) in its Happy Meals. It looks like they are slated for a March release. In typical McDonald’s fashion, these Hot Wheels mimic the ones made by Mattel. Since they are made specifically for McDonald’s, the castings are slightly different […]