Have you heard? 2018 is the last year for Hot Wheels and #Monster Jam. Starting in the 2019 model year, Monster Jam will be produced by a Canadian toy and entertainment company called, Spin Master. This is obviously a blow to those of us who collect Hot Wheels exclusively — while other diecast collectors are probably laughing at us, and kids will probably care less. With that said, there have been so many great trucks produced by Hot Wheels over the (almost) 2 full decades Mattel has had the license.

There is a rumor floating around that Hot Wheels will indeed still produce a line of #Monster Trucks that are no longer licensed by #Monster Jam — full of #Unlicensed Hot Wheels models, including the brand-new, #Hot Wheels Monster Truck we are featuring today. Before the year ends though, it appears Hot Wheels will be swinging for the fences as this new #Hot Wheels Monster Truck is one BAAAAD TRUCK (or car). This #Monster Truck shares several design elements of a handful of #Unlicensed Hot Wheels, and looks about as muscular as one car can look. Combine that with the #68 #Hot Wheels Race Team paint scheme and its no wonder why its found its way into my collection. 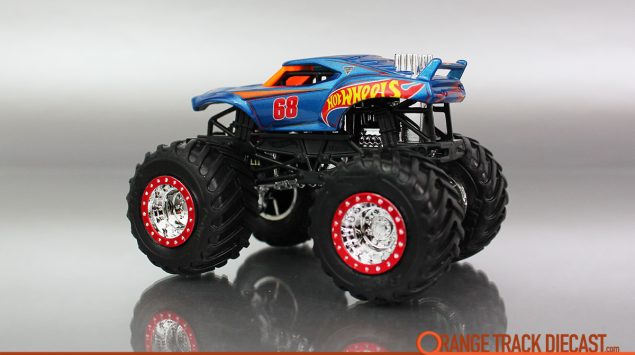 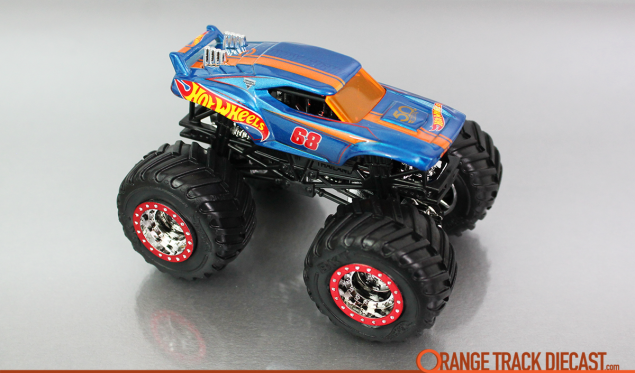 #Monster Jam fans will probably call out that while the body is certainly new — as this is the #First Edition of the #Hot Wheels Monster Truck casting — the real truck is not. The Team Hot Wheels Firestorm Monster Truck received a new body back in March and this was its successor. If you’ve been to a Monster Jam event since then, you would have seen its driver, Scott Buetow, flipping/rolling/crashing/flying this brand-new design. 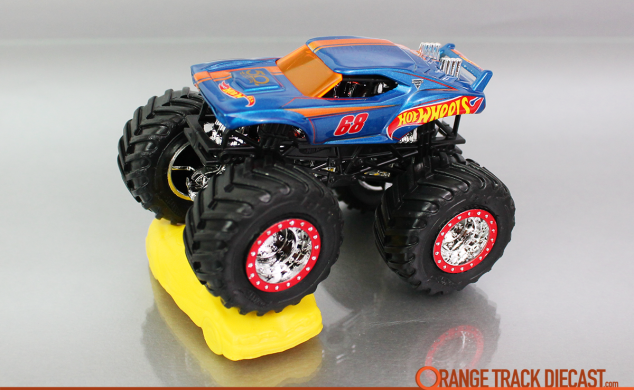 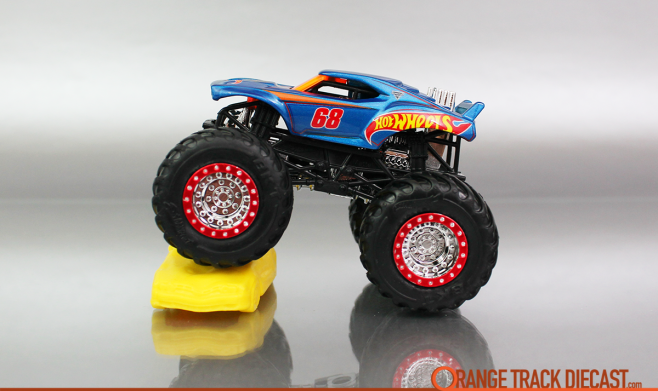 The Hot Wheels #Monster Jam release of the new #Hot Wheels Monster Truck just started appearing in stores (in the U.S.) at the beginning of June. You know its a great Monster Jam release when you see the traditional, non-Monster Jam collectors snagging these. Its part of the 2018 #Epic Additions Series which, if you’ve read the Gas Monkey Garage Monster Truck article we did, you’ll know that it comes with a re-crushable car — something I definitely wish the #Monster Trucks I had as a kid, came with. Had that been the case, many of the blackwalls I had as a kid would probably still be around today in some salvageable condition. Instead, they met their fate via hammer or brick or well, you get the point. Kids, they have it so easy today: No need to crush your own cars for backyard Monster Truck rallys and plenty of Hot Wheels Monster Jam trucks to choose from.

Lets hope that Hot Wheels plans to continue with the unbranded #Monster Trucks through the line that has been rumored. The Hot Wheels #Monster Jam line has been the brands second longest running line (next to the mainline) so it would be sad to see it gone altogether. With designs like the #Hot Wheels Monster Truck it certainly stand a chance as this is one cool truck. Look for it at retail now. UPDATED 7/9/2018 — The Hot Wheels Monster Truck was designed by Hot Wheels Designer, Tyler Charest. Below is his initial proposal for the truck.