Unlicensed Hot Wheels are Hot Wheels castings that don’t require licensing agreements with automobile manufacturers. These can be fantasy vehicles and/or realistically proportioned vehicles. These are designed in-house by Hot Wheels designers.

What happened to the DAIRY DELIVERY? Have Hot Wheels Collectors moved on? Should it be retired?

After 20-some-odd-years, love for the Hot Wheels #Dairy Delivery appears to be fading. What’s going on Hot Wheels collectors? Collectors used to periodically post pictures of their Dairy Delivery casting collections like clockwork. There would always be some collector clamoring to include the Dairy Delivery is this series […] 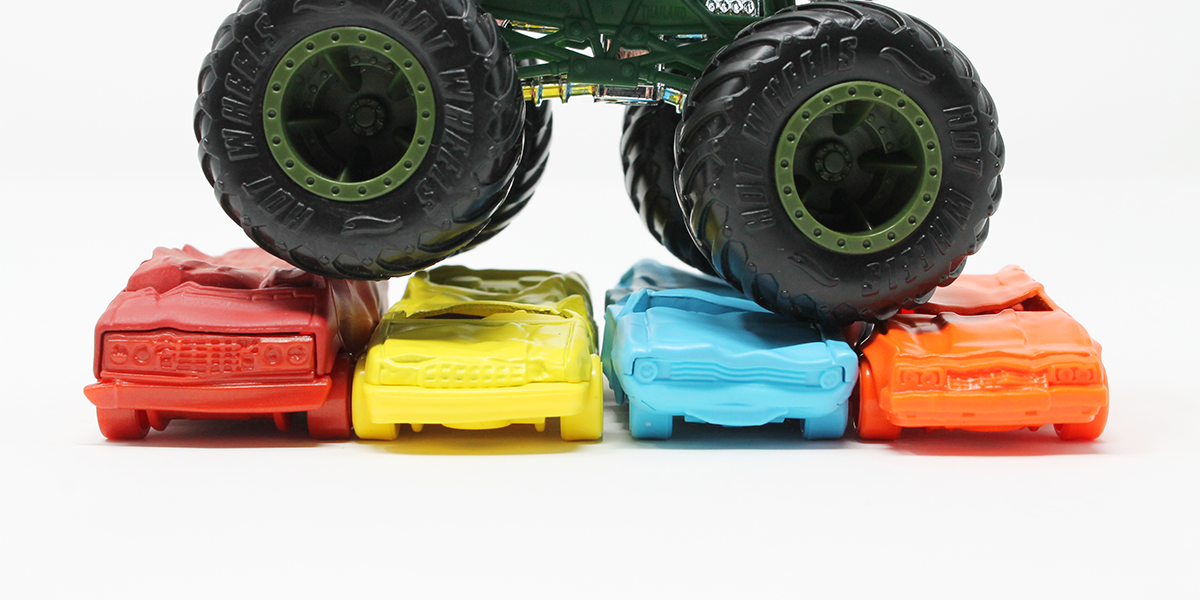 How many Hot Wheels cars did you crush as a kid? I know I mutilated a few in my adolescent years as many ’80s blackwalls met the hammer, brick, and flame. When did the destructive behavior begin? It was near the sandbox were many Hot Wheels met their […]

The Hot Wheels Legends Tour officially kicked off for 2020 in Miami on March 7th. A winner was crowned while the Coronavirus was in the back of everyone’s mind. That didn’t stop the thousands of people who showed up though, as they were rewarded with the first couple […]

14 years before Hot Wheels even came into existence, Mattel released its first car: the Mattel “Dream” Car. Sold in 1953 for $1.98 the 1:24 scale “Dream” Car was Mattel founder, Elliot Handler’s vision of the future of the automobile. The Hot Wheels #Mattel Dream Mobile celebrates that […]

In the last month or so my collection of the Hot Wheels #Mach Speeder doubled in size. The #Hot Wheels iD release — which was a holdover from 2019 –finally shipped from Amazon in early January. Also in early January, I found the 2020 #Mystery Models Series 1 […]

Here is a Hot Wheels casting that I’ve been wanting to showcase for you guys since I first laid eyes on it back in October: the #Manga Tuner. For once though, it is not because I am a huge fan of the casting, its roots, or even its […] My #Hot Wheels iD #Rip Rod finally shipped from Amazon, and I received it yesterday. I have to admit that I’ve been quite excited to receive it as I never like leaving any loose ends to a casting collection; and this is yet another casting that I collect. […]

File this under: straight-wacky. The brand-new, Hot Wheels #RV There Yet has just been released and it already has the collectors talking. This wacky car & camper combo is truly unique. It features a cartoony hatchback with an equally cartoony camper on back — hence why it is […]

#Hot Wheels iD has been good to me. Honestly, I don’t know if I could have placed this many castings I collect in the line if I had been one of the planners. It seems like, with every mix, there has been something that I collect — and […]