Everyone’s favorite promotional vehicle is back in Hot Wheels form — and now it’s even more whimsical than ever. The #Oscar Mayer Wienermobile Monster Truck hit the pegs a couple weeks ago as part of the #Hot Wheels Monster Trucks line, and it has collectors that obeyed local […]

2/7/2020 — Ask anybody that is out there hunting the #Hot Wheels Monster Trucks: the are already some tough pieces to find despite the line only being in its 2nd year. See, there was a “ghost assortment” that was intended for Target last year that never showed up. […]

#Hot Wheels Monster Trucks continue to roll out. In a line that basically has no restrictions its the wild west out there as there have been some crazy releases so far — and its about to get even crazier. This shouldn’t surprise anyone that has collected Hot Wheels […] 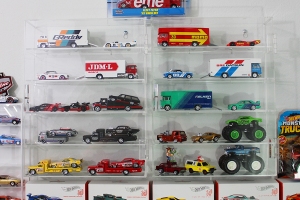 7/18/2019 — Among the Amazon Prime Day madness that started late last week, I found myself an innovative solution to displaying my collection of Hot Wheels Car Culture / Team Transport releases. See, I love collecting these transporters but a problem arose when it came to displaying them […] 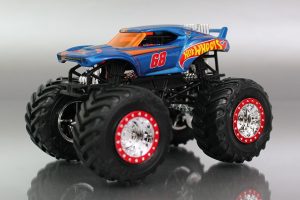