With #2018 Hot Wheels being released left and right, its easy to look ahead at what is in-store for us collectors — especially in the #Car Culture line with the 2018 Japan Historics 2 already being released. Before we change calendars though, lets take a look at one of the best new models of 2017, the #Subaru Impreza WRX.

Way back in April, at the Nationals Convention in Pittsburgh, it was unveiled that the #Car Culture / Cars & Donuts series would introduce this #Subaru Impreza WRX. It was presented that the series would feature 5 cars that might show up at your typical cars & coffee car show so naturally this was a great spot for this car to makes its #First Edition debut.

Keeping in mind that front and rear graphic detail won’t appear in #Car Culture until 2018, the lack of graphics on the sides of this release was intentionally done so the rear could have those taillights tampo’d on, along with the rear #Subaru badges. The casting itself, a #Mark Jones Design, is manufactured with a break in the front end so the signature “bugeye” headlights would be part of the plastic windshield piece — eliminating the need to tampo those. With the front bumper being part of the base, it should present some interesting color combinations for future release, but for now, this one is all Subaru blue.

The #Subaru Impreza WRX has been a long time coming as the Hot Wheels lineup has clearly lacked a 2nd generation (2000-2007) Subaru presence. Sure, there was the #Subaru Impreza which was based off a 2003 rally car, but in terms of a standard STi release from the street, there wasn’t one, and besides, that casting looks be discontinued at this point. Many collectors have yearned for this car to be made as it was on most “cars Hot Wheels should make” lists. Time to cross this one off!

This standard blue #Subaru is already a hit with collectors as many are hoarding this #First Edition of the casting — demonstrating the demand that had grown over the years. Given the success of the #Nissan Skyline GT-R (R34) in a similar blue with #Real Riders 10-Spoke Wheels, its no surprise this minimalist approach has generated collector dollars being spent on this one. 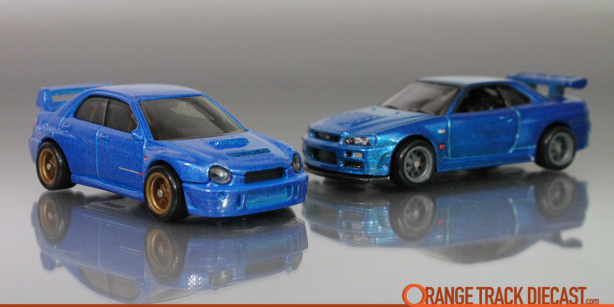 Where we see the Hot Wheels #Subaru Impreza WRX is anyone’s guess (outside of Mattel) as this metal/metal casting definitely won’t be showing up in the mainline unless its body or base is retooled to allow for one of them to be plastic. There are a wealth of premium lines coming for 2018 so maybe there… however, preliminary #Car Culture lists do not include it. For now, you’re left hunting down this #Car Culture / Cars & Donuts #Subaru, so if you’re already looking forward to Japan Historics 2, don’t sleep on this one as this will be a hard release to top! 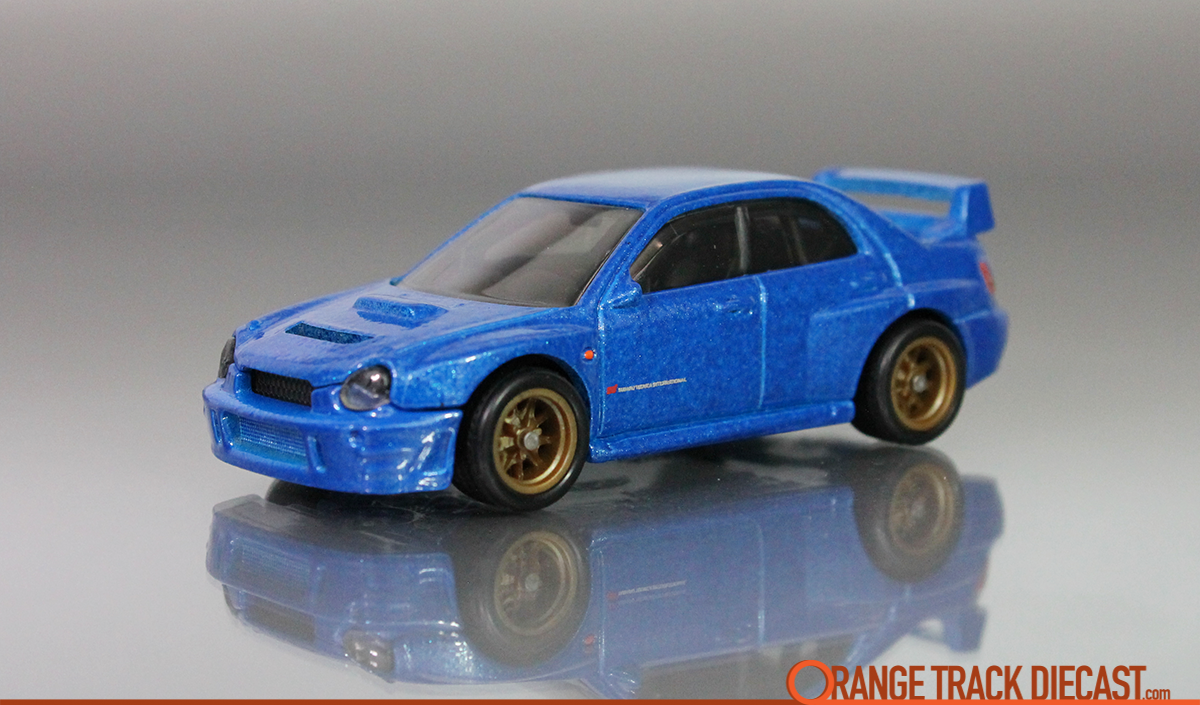