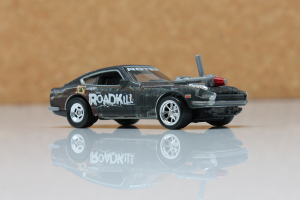 Who Vaughn Gittin Jr is, and how the Hot Wheels x RTR partnership generated a pair of epic rides.

Thanks to a new set of logos appearing on a couple blister cards this year, collectors have noticed a new partnership between Hot Wheels and Vaughn Gittin Jr of RTR racing. Released concurrently, the Hot Wheels Premium #Boulevard #’17 Ford GT and #Muscle Mania #’69 Ford Mustang Boss […]

I’ve been featuring one car from the #2018 Hot Wheels #Car Culture / Circuit Legends every day this week. Why, you ask? Well, I have to say that I am quite impressed with how this series turned out. I’m sure many of you that saw that the Car […] 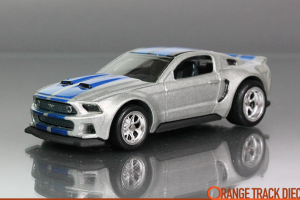 I’ll admit that I passed on this #First Edition release of the #Custom ’14 Ford Mustang the first couple times I saw it. Just another new #Mustang with #Real Riders on it, right? Not worth that $5 #Entertainment line price-point, right? Oh, and that Koenigsegg… passed that up […]

If you could sum up modern day Hot Wheels collecting in a nut-shell, one could argue its like keeping up with the Joneses. You’re buying the latest cars, keeping up with the assortments, tracking others’ finds online, and of course, hunting for the #Treasure Hunts — whether to […]