Another wave of Hot Wheels #Car Culture has dropped, and this time its the #Tuners turn. Import tuning really took off in the 1990s in America as it was the latest generation’s hot rod culture. It was the one time the Hot Wheels brand was behind the curve […]

As if you couldn’t already tell, its been all Hot Wheels #Fast & Furious / Original Fast series this week here on OTD. Why? Well, simply put: because I love this mix (as if you couldn’t tell). These five cars have been so long overdue that I decided […]

The second wave of the #2019 Hot Wheels #Fast & Furious premium line is here! If you watched the video I posted on the OTD YouTube yesterday, you can see that I have been waiting for these cars for a long time — 18 years to be exact. […]

Arguably the best #2017 New Model is the long-overdue, #’95 Madza RX-7. For the last decade or so, collectors have had this popular rotary sports car at the top of their wishlists and this year, the fine folks at Hot Wheels finally obliged as this #First Edition of […]

One of the more interesting Hot Wheels releases of the mid-2000s was the #2006 First Editions #Nissan 350Z. At the time, #JDM wasn’t was it is today (in the hobby) and some Hot Wheels collectors even questioned the release of “another Z, but with wing and body kit”. […] 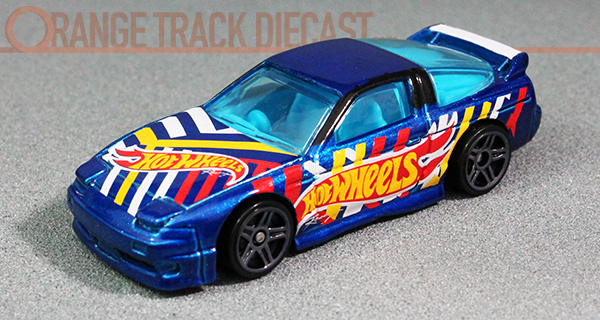