Enter the #Subaru Impreza — a casting that appeared in a little known series (at the time) called the #FIA World Rally Championship Series (WRC) which was a subset of the #Hot Wheels Racing line in 2004. I don’t believe the series hit any of the big box stores in the U.S. as I recall most collectors having to resort to smaller retailers to find these — I found mine at a Shopko. So this series, even though it was part of the Hot Wheels Racing line, may have been produced mainly for international distribution. Circa 2004 this made sense as these cars featured replica designs of international rally cars, not the NASCAR graphics like most of the 2004 Hot Wheels Racing (U.S.) releases had. Along with this #First Edition of the Subaru Impreza, the three other cars in this series were also the first edition of their respective castings: Peugeot 206, Ford Focus (2004 casting), and Mitsubishi Lancer Evolution 7. 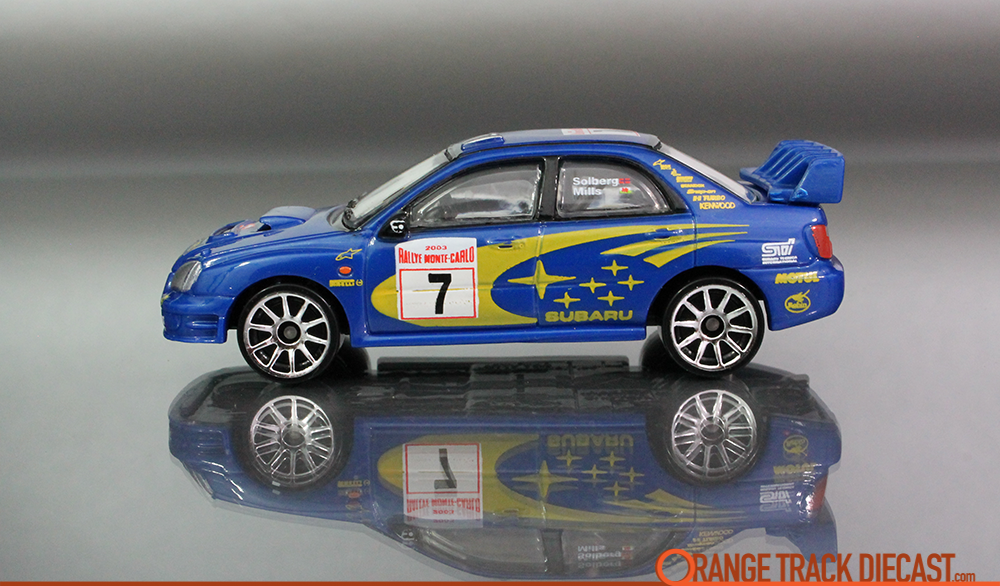 As always, its great to see a replica of a real car produced as a Hot Wheels car. There is something about taking a piece of real life and putting it in the palm of your hand that is really cool. As cool as it was to finally have a #Subaru in the Hot Wheels lineup, many collectors at the time clamored for more of a tuned STi, but what they got instead was actually a replica #Rally Car — albeit, with the dreaded plastic body.

The graphic detail in this release masks any shortcomings — whether it be the plastic body or the lack of #Real Riders — as its all those authentic sponsor tampos that tell the story. Its not every day that you see window tampos on a Hot Wheels car so the names “Solberg” and “Mills” really stood out to me. If you were really into the WRC, you may know who these guys are, but for me, a quick internet search revealed that these two guys — Norwegian driver, Petter Solberg and his British co-driver, Phil Mills — actually won the 2003 World Rally Championship for the Subaru World Rally Team, in this car! 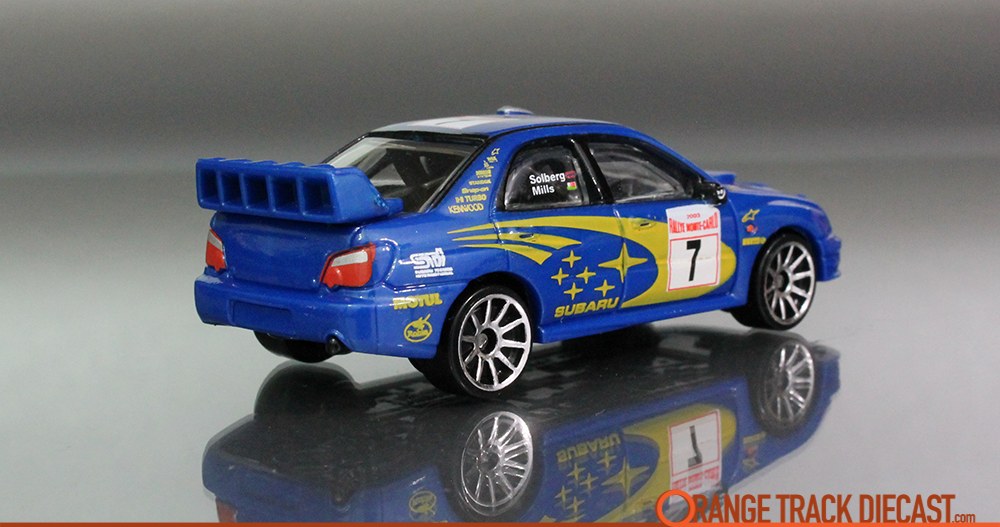 Now since the signage states “2003 Rallye Monte Carlo”, this means that this #7 car is the one they raced the first race of the season that year on January 23rd in Monte Carlo. There are a few great pictures of it out there, however, the only thing holding back the fact that there could be more is that it wrecked before the end of round 1. 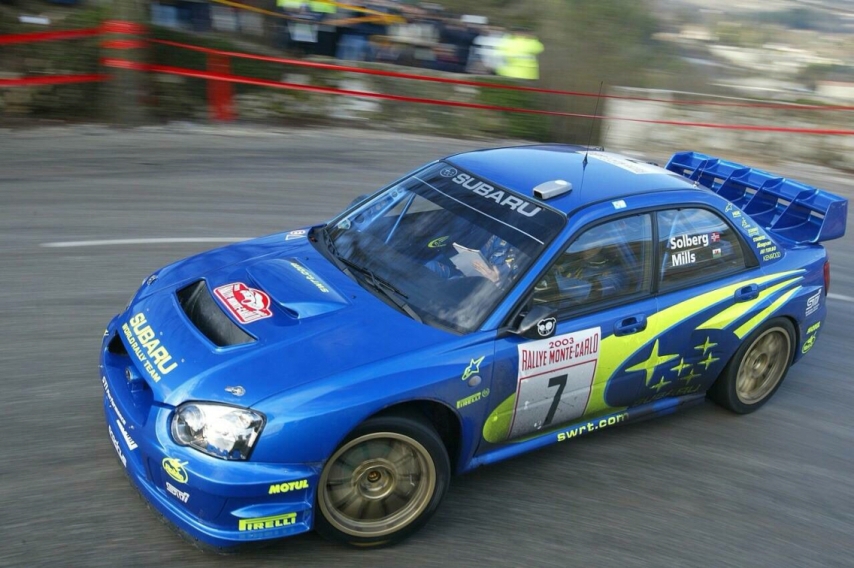 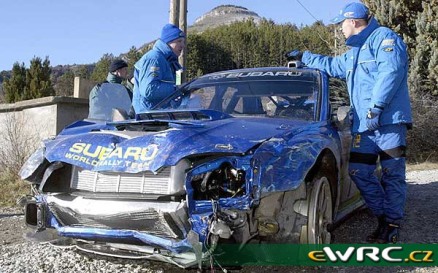 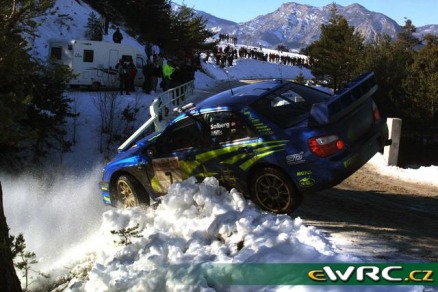 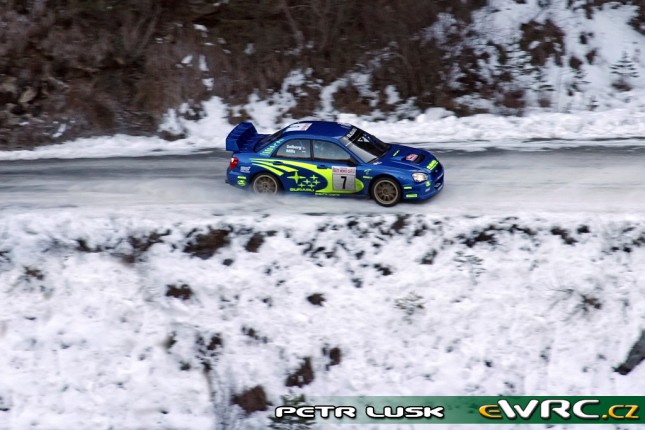 One thing I continue to wonder is, “If this was a 2003 race, why was this a 2004 Subaru Impreza”? … you know, since the 2003 #Impreza model still had the infamous “bug-eye” headlights whereas the 2004 model had these. I guess we can only assume that the folks on the Subaru World Rally team had early access to the new body style. 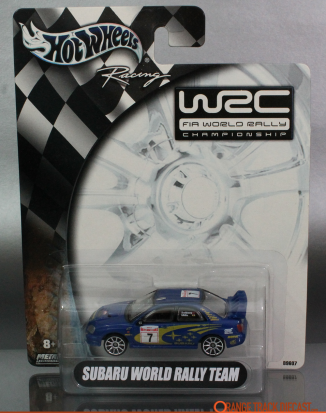 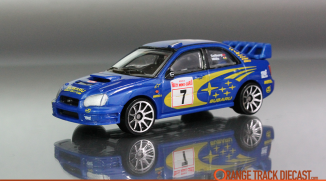 Fans of the Hot Wheels #Subaru Impreza know that it was released from 2004 until 2014, and the fact that a newer model Subaru, in the WRX Sti was introduced in 2012, may had something to do with its disappearance over the last three years. While that is disappointing if it turns out this Subaru Impreza casting is discontinued, all is not lost for Hot Wheels #Subaru lovers as a brand-new Subaru Impreza WRX casting will be making its debut late this year as part of the Car Culture Cars & Donuts series.