2018 has come to an end which means so does the Hot Wheels 50th Anniversary. Its sad that it went so fast but its time to look ahead to 2019 and all the promising Hot Wheels releases that lie ahead for us collectors. But, before we do that, I think its always fun to look back and see what cars you guys were interested in most. Here are the Top 10 #Showcase articles on Orange Track Diecast as viewed by you, the reader:

An article about the first 2019 Super #Treasure Hunt sneaks into the Top 10. Its no surprise as readers were curious as to what actually makes this super, a super. Combined that with the fact that the Hot Wheels #’90 Honda Civic EF is a popular casting, makes this for an interesting read. Early in 2018, collectors were curious as to why the #HW Daredevils series had no collector number. Were they chase pieces? …because they sure weren’t store exclusives or #Treasure Hunts. In the end, the HW Daredevils appeared in every case code, and had four colorways each. It was my hypothesis that they were unnumbered to throw unknowing store employees and treasure hunters off the scent of the true chase pieces.

The #King Kuda casting was one of the largest surprises of 2018. It was a semi-new casting as it was the retooled return of a vintage spoilers favorite — far better than the “fat-Elvis” King Kuda that has been used in premium lines for the last two decades. Its return was a no-brainer, but its inclusion as part of the chess-piece #Checkmate series was a bit of a head-scratcher. BUT… in order for the King piece to be represented by a true King, the role had to be played by the King Kuda. Oh, and the folks at Hot Wheels decided to make it a Super #Treasure Hunt as well… Yet another #2019 Hot Wheels release cracked the Top 10. This time, it was an article about the #Unlicensed Hot Wheels #Wheelie Chair I wrote at the end of November. Believe it or not, this model had a licensed design that piqued the curiosity of collectors. A little over two weeks ago, a small dinner/dance in El Segundo that traditionally draws very little attention from collectors, had everyone talking when it was revealed that the uber-popular #’55 Chevy Bel Air Gasser was handed out to the event’s attendees. I was lucky enough to secure the piece early before pieces soared over $1000. Its a magnificent piece that will certainly top collectors’ grail lists for years to come. Its no surprise that the first images of this car (outside of an eBay auction) had collectors coming to OTD in droves.

Licensed cars and graphics have been all the rage in the Hot Wheels world for several years now. The second car of actor #Sung Kang to be immortalized as a Hot Wheels car was the #Custom Ford Maverick and its initial release in white was something to behold. Its #JDM meets classic American #Muscle Car, and collectors everywhere were interested in it. Ooooh… the “Candy Striper”… how collectors marvel over your #Spectraflame pink brilliance. Few Hot Wheels releases are known by a nickname, but say, “Candy Striper” in a room full of collectors and you’ll surely have everyone’s attention. Is it overrated? …maybe a tad, but its only because its become THE piece every modern collector of Hot Wheels wants. 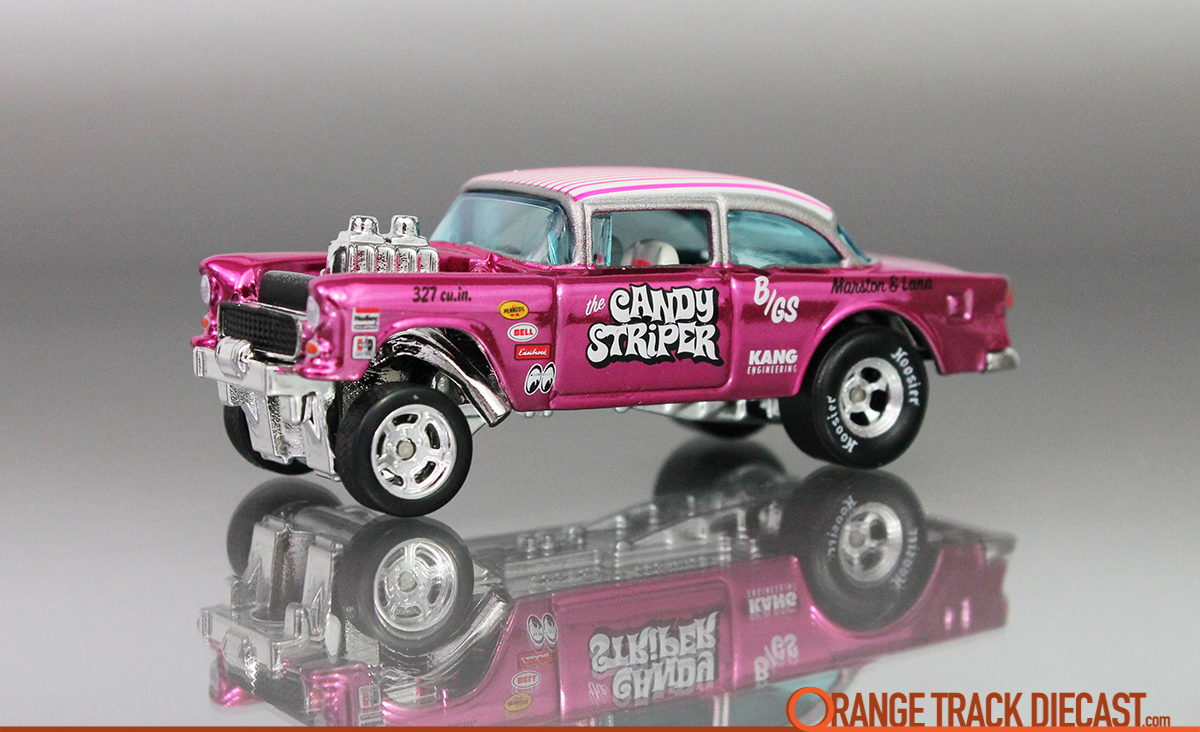 It was one of two Hot Wheels Mail-In Promotions that never happened in 2018. Why? We still aren’t sure, but that hasn’t stopped collectors in trying to acquire them. I shared my story on how I got lucky and received mine from a friend’s brother who had traveled to the Philippines. Other collectors were lucky to score these at a couple of the Legends Events OR in the Walmart 2018 Factory-Sealed Collectors Sets. Either way, something tells me we still may see these turn up. Another 2018 surprise had collectors talking when it was revealed that the 2018 #Mystery Models would have a series of all licensed models AND that there would be tiered #Chase pieces. The #Ford GT LM was the first of four “Ultra Special” chase pieces in 2018, and as a result, was the one that raised the most questions.

Just when you thought Super #Treasure Hunts were hard enough to find, Hot Wheels decides to release an “Ultimate Chase”. What the heck! It turned out that the Ultimate Chase was the #Bone Shaker and it came in similar numbers as Super Treasure Hunts, but being that it was a model that everyone wanted, AND Hot Wheels had a real 1:1 version of it on the Legends Tour, created some real interest in this piece. Some even consider it the best single piece Hot Wheels did for their 50th Anniversary. I feel like that may be a stretch, but you guys were certainly interested in it… there’s no denying that!

2018 has been a great year for me, and for Orange Track Diecast. So much so, that I decided to invest even more time in bringing you content via the newly-announced OTD YouTube channel. I am sincerely looking forward to 2019. Thank you to YOU, the readers, for coming by — most of you, daily — and reading about the cars we all love. Its your enthusiasm that keeps me going, so THANK YOU! Cheers to 2019!