Vintage airplane forged into a Formula 1 car? This casting poses many questions regarding its inspiration for design. Regardless of this, the Formula Flashback has many collectors eager for its next release. 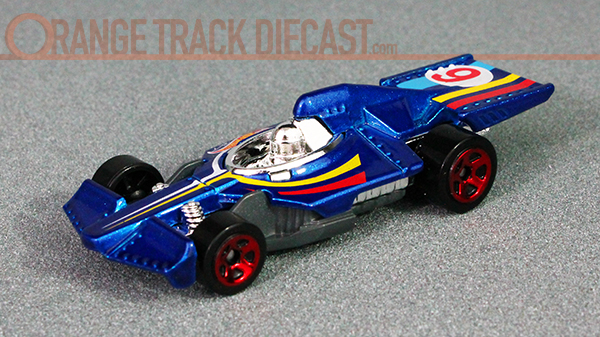 This large tank was made for carrying your mini figures down the track. While its proportions are exaggerated, collectors found themselves buying this casting to pair with other newly released castings of this sort and, lets be honest, to have a little fun racing their mini figs! 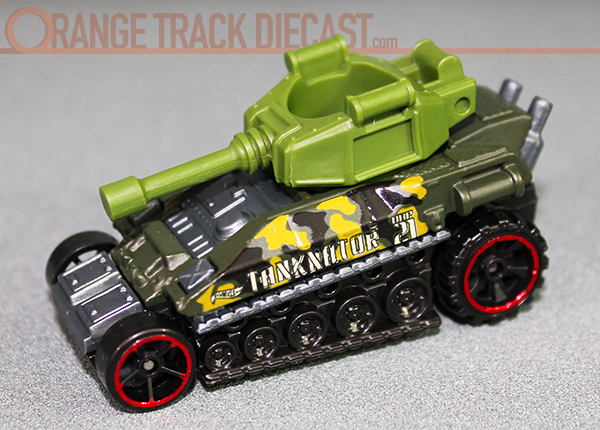 The Grass Chomper is another one of those mini figure castings that are perfect for bringing out your inner child. There are multiple ways to engage with this casting; from having a little fun playing outside, to inserting a quarter to make it do pop-a-wheelies, to even racing it down the orange track, this lawnmower is one of the more enjoyable unlicensed Hot Wheels this year.

Another relative of the Bone Shaker is created in Hot Wheels form. While the Bone Speeder has an aggressive stance, it lacks the signature skull in the front and therefore isn’t rated early as high as it could have been.

This luxury hi-boy coupe screams classic Las Vegas. Its chrome exterior and blacked out windows screams intimidation on the strip. You can bet this Fraser Campbell designed casting won’t be showing its hand.

The legendary Larry Wood returns by reinventing his original Sharkruiser. While sequels have a reputation as not being as good as the first, Shark Bite had collectors feeling nostalgic while giving them something new — an opening and closing jaw that is activated by the turning of the front wheels. Look for the showcase of this new model soon.

One of the newest 2016 New Models is the Tour de Fast. While many collectors haven’t even seen this one on the pegs yet, and therefore haven’t made up their mind about it, this collector is going crazy for this French-inspired casting that is influenced by the world’s most well-known cycling event.

This Hong Kong inspired taxi is heavily modified to get you where you’re going fast! Its so fast that its been rumored to make time stand still. While its a great looking casting that has many collectors craving its next release, its innovative casting design allows for its rear passenger door to be opened and closed.

Just like the Formula Flashback, we have another 2016 New Model that also appeared in the HW Race Team segment and appears to be built from an old military aircraft. The Night Shifter name implies this nocturnal creature is scrappy when it comes to a late night street race. Its one of two castings from the 2016 New Models that you can be assured of that you’ll see more of here at Orange Track Diecast.

The other car that you’ll be seeing plenty of here is the Cruise Bruiser. This demolition derby style station wagon had this collector taking a trip down memory lane. It was designed by a newer designer who goes by the nickname “Dima” around the Hot Wheels Design Center but we know him as Dmitriy Shakmatov. He is certainly a designer on the rise after designing the X-Wing Fighter carship, but its this casting that lets the imagination run wild. As a collector (and kid at heart) its such a cool feeling and I’m happy to name this my favorite Unlicensed 2016 New Model.

So there you have it! Our Top 10: Hot Wheels 2016 New Models (unlicensed) here at Orange Track Diecast. Do you agree with our Top 10 or are there other castings that are more deserving? Feel free to leave your Top 10 in the comments below. Also remember, the Top 10 of the licensed 2016 New Models is coming soon! 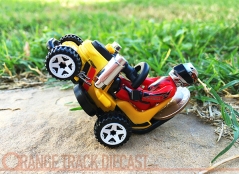 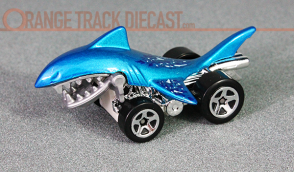