Brendon joined Mattel, Inc. in 2007, and began working on the Hot Wheels Track & Play Sets team. He developed the 2009, 2010, and 2011 Trick Tracks product lines, as well as the 4-Lane Elimination Race and Super 6-Lane Raceway sets. From that he was the lead designer on Monster Jam for two years developing items like the “Then & Now” series, the “Mighty Minis” line, as well as numerous 1:64, 1:43, and 1:24 scale replica Monster Jam trucks and play sets. He is currently the lead designer for Monster Jam track and play sets.

Brendon is no stranger to vehicles or Hot Wheels. He’s been collecting Hot Wheels and other vehicle related toys since the early 1990’s and has been designing vehicle toys throughout his career. When he’s not at work he is likely working on his own project cars (a 1967 Pontiac Firebird and a 1955 Chevy Gasser), helping others with their cars or at some car related event.

I showed this picture on the @orangetrackdiecast Instagram the other day and I was surprised at the attention it garnered. That alone tells me that A) You guys love the Hot Wheels #’55 Chevy Bel Air Gasser as much as I do, and B) I should really show […] Every year a new Hot Wheels model sneaks up on you as a collector and you manage to fall in love with another Hot Wheels casting. For me, that model is the #2018 New Model #’87 Dodge D100 from the #HW Hot Trucks Series. When it was first […]

Considering the fact that the Candy Striper Gasser sells for close to $500 and other versions of the #’55 Chevy Bel Air Gasser sell for a good chunk of change, its practically a steal if you can find even a basic level version of the casting for $1. […] 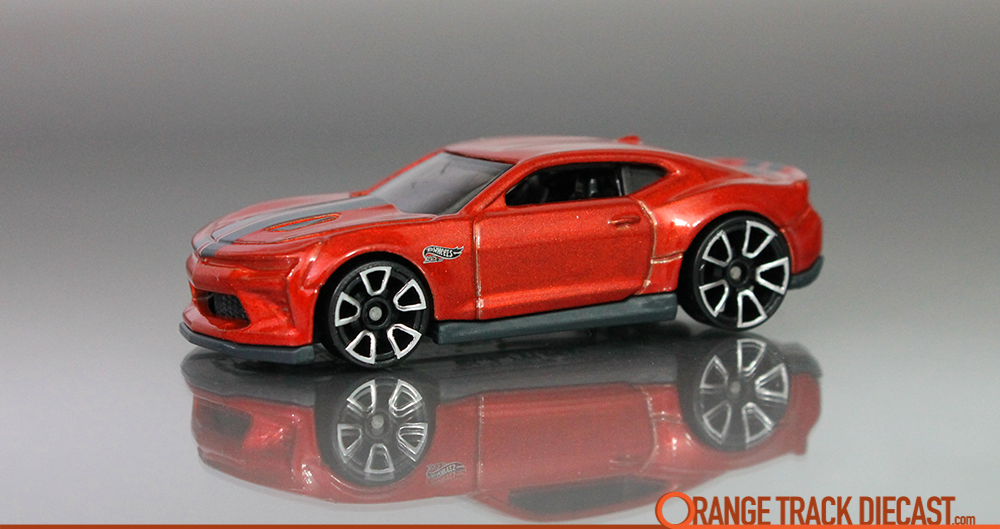 The #Ice Charger from The Fate of the Furious (2017) — or F8 for short — is finally here! While it didn’t quite make it into the Hot Wheels lineup by the April release date of the movie (in theatres), it did start hitting the in United States […]

Last October, Hot Wheels Designer Brendan Vetuskey was showing off his latest creation at the 30th Annual Hot Wheels Collectors Convention in Los Angeles. I was fortunate enough to have been there and to have been one of the first to take the #Gotta Go for a spin. […]