Just when you think you have been keeping up in the fast-paced world known as Hot Wheels collecting, the fine folks at Mattel like to throw a change-up to keep you on your toes. The #2017 Hot Wheels year is already past the halfway point as we are now seeing the “J” case assortments hit the big-box retail stores here in the United States. Though many collectors spotted this about a month and a half ago when the “J” case assortments were hitting Malaysia, quite a few U.S. collectors have been caught off-guard by the same-case color #Variation on  the #Tour de Fast in the #HW Digital Circuit (2017) series.

These color #Variations known as colorways are planned variants that typically appear in case codes that are months apart. So suffice to say, collectors were thrown off to see two colors of the #Tour de Fast show up in the same factory-sealed “J” cases. Now, what made matters trickier, is that the black colorway does not have a mainline number in the upper-right corner of the card — whereas the blue colorway is #194/365. As of this year, this omission of the #2017 Hot Wheels mainline number was enacted for all regular #Treasure Hunts, super treasure hunts, and all store exclusives. Well, now we can add one more to the list: #Chase cars…

Before you head out to your nearest retailer, looking to make a quick buck, know that the quantities of the black colorway don’t appear to be that limited. In the fresh display that I came across the other day at a local Walmart, there were an even amount of black colorways as there were light blue. No reason was given as to why there are now #Chase cars in the mainline but it does look to be isolated in the 5-car #HW Digital Circuit (2017) series. 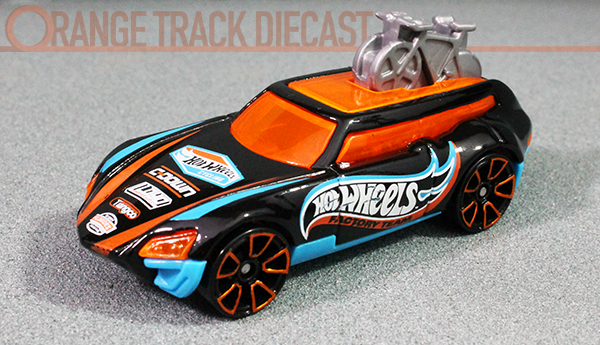 Chaos and change-ups aside, this is a pretty cool pair of instant color #Variations on one of my TOP 10 #Unlicensed Hot Wheels designs of 2016. The #Tour de Fast is a #Tyler Charest design and these two variants make #2 and #3 for this casting. Being the avid #Hot Wheels Race Team collector that I am, I was also extremely happy to add this light blue colorway to the collection.

This release of the #Tour de Fast also marks another Hot Wheels vehicle for the #Hot Wheels Cycling Team. Led by Senior VP / Brand GM of Hot Wheels, Chris Down — as evidenced by his “logo” on the hood — the cycling team is a club that supports various charitable organizations. The Hot Wheels “Factory Team” (as noted on the car) can see seen >> HERE. 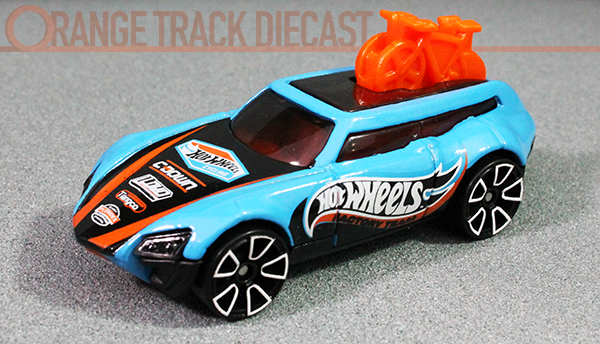