Translating to “The Wind” in English, #El Viento is a brand-new #2017 New Model from a brand-new Hot Wheels designer in Lindsey Lee. Lindsey was on-hand at the 30th Annual Hot Wheels Collectors Convention in LA in October signing autographs and showing off her first design to hit retail — El Viento. 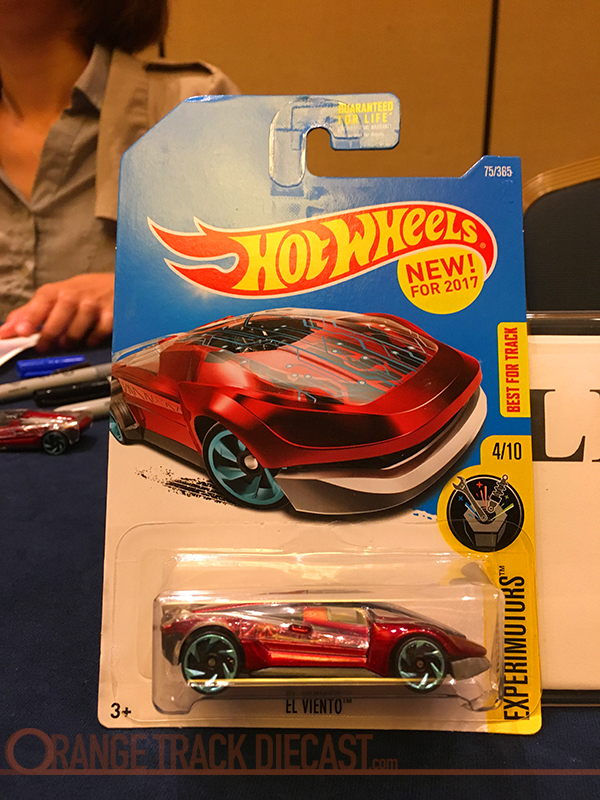 As an #Electric Vehicle, an Earthy name such as “El Viento” makes sense as this presumably zero-emission car, has the curvature to slice any head-winds as its external cover (when snapped on) gives this car some extreme aerodynamics. Lindsey did mention that the name was all on marketing as she had not chosen a name for this design. She said it was picked because this car was suppose to be a great track car that is “fast as the wind”.

That fact that El Viento was designed for the #Experimotors meant it had to have some sort of functionality feature. This car features that removable external cover we mentioned, snapping on & off making it a pretty cool #Opening Feature. The roof has appropriately placed “LIFT” graphics telling you where the snaps are. As if that wasn’t enough, the front-splitter also snaps into an up or down position. Snapping it into the “up position” will definitely help you on those orange track loop-de-loops! 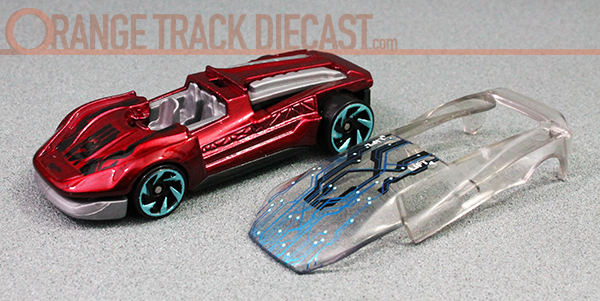 In addition to this being the #First Edition of this casting, it is just the third vehicle to feature the brand-new #RA6 Wheels.

While I doubt this car will cause collectors to make a mad dash to their local retail stores in search of it, its always cool to see a new Hot Wheels designer come in with a new style, especially one this innovative. While I am currently unaware of what Lindsey’s other designs will be, you can bet we will have them here. You can track her castings by following the #Lindsey Lee Designs tag here on the site. 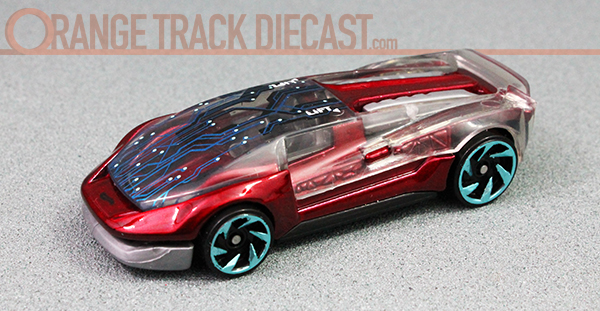 Playing with the wind today as it continues to rain. This one was made for the @hotwheelsofficial orange track! Check the site for our feature on it. #hotwheels #orangetrack #elviento #thewind #diecastphotography

There are only so many words to describe beauty in English … fortunately there's the Spanish word for #thewind to romanticize the lines in this casting. @lindsel_ 's first @hotwheelsofficial casting, #elviento is in stores now! Look for the feature to hit the site soon.