These releases of castings all feature an opening feature. 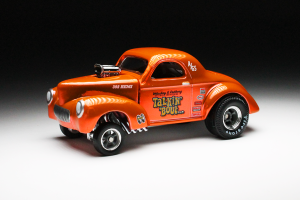 Just a little over a decade ago, Hot Wheels Red Line Club members voted this #Volkswagen Karmann Ghia into existence. #RLC #sELECTIONs are a series of polls that collectors vote in. The polls typically consist of several choices including casting, color and wheels. RLC members vote in these […]