With Rogue One: A Star Wars Story (2016) opening last Friday, people across all walks of life are undoubtedly lining up to see yet another blockbuster from the Star Wars movie franchise — a franchise so popular that we are now viewing entire movies about tangential story lines. Great for everyone involved with this project, including the Hot Wheels brand. Hot Wheels has had the #Star Wars character cars for the last couple of years, along with the actual spaceships from the series. In July 2016, we were introduced to the Hot Wheels #Carships line. The “Trench Run Set” had one of the best debuts with the late reveal as a San Diego Comic Con exclusive piece that also involved lights & sound — also being the first release of this #X-Wing Fighter casting.

The Hot Wheels #Carships line involves the blending of two separate entities: Star Wars ships & Hot Wheels cars. While some ships may be translated into car form easier than others, none came out as good as the X-Wing Fighter. This may be the sole reason Hot Wheels decided to make this #Dmitriy Shakhmatov Design into a real car. Suffice to say that this 1:1 #X-Wing Fighter has made the rounds the last couple weeks in Los Angeles as part of the many festivities surrounding the release of Rogue One: A Star Wars Story (2016).

Mattel, and Hot Wheels more specifically, have been releasing their Star Wars merchandise affiliated with the Rogue One movie since September 30th — which included the first assortment of Star Wars #Carships that included the #X-Wing Fighter. 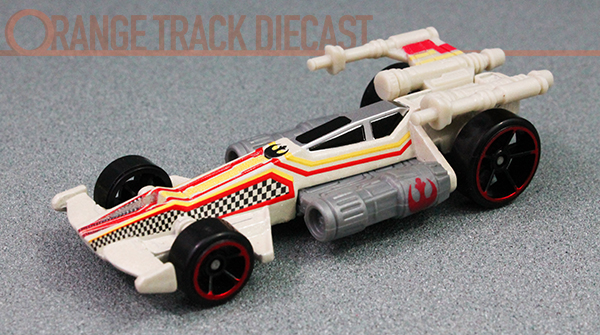 Just last week, I was fortunate to stumble upon the latest mix of Star Wars #Carships which included the “Partisan X-Wing Fighter” from Rogue One: A Star Wars Story (2016). 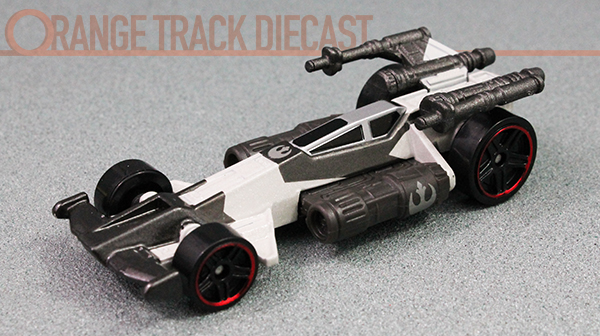 While I admit that I haven’t seen the movie yet, I am going to assume that these belonged to the party that opposed the Galactic Empire, the party that ultimately became known as the rebels. So this (I assume) was the #X-Wing Fighter before it was given its rebellious paint scheme.

These two releases may have slightly different names but they are in fact the same Hot Wheels casting — hence, I have them here in the same showcase article. There is one more X-Wing Fighter scheduled to be released (Poe Dameron’s) however, that one looks to be an entirely different casting.

I realize some of you may not be into these and that is perfectly fine, but I’m willing to bet there are a few of you that are on the fence with the Star Wars #Carships. If that’s the case, pick up one (or both) of the #X-Wing Fighters and you most likely will not be disappointed. This casting is pretty cool once you get it in your hand. Heck, if you don’t like it (but I’m guessing that you will), you could always give it to one of the many young Star Wars / Hot Wheels fans out there!