It seems as though Hot Wheels has finally dipped into the video game licensing with #Gran Turismo, #FORZA Motorsport, #Super Mario and even #Minecraft. To those of us that have been clamoring for this for years, it seemed like a no-brainer. Now that the #2017 Hot Wheels have started to show up, we now know another video game license has been brought into the fold as Hot Wheels will be producing the vehicles from #Halo.

So far, only one Halo vehicle — the UNSC Warthog — has shown up in the mainline, but it along with four others, will be released in mix 2 of the 2017 Replica Entertainment line. However, for now, we are just going to take a peek at the first-ever Halo vehicle Hot Wheels has ever produced, that UNSC Warthog.

Originally revealed at the San Diego Comic Con in July, the UNSC Warthog has just recently began showing up with the first batch of #2017 Hot Wheels in the “A” case assortments. In Halo, this vehicle is often referred to as “the Hog”. It is operated by the United Nations Space Command (UNSC) which was formed in the year 2163 by the Unified Earth Government. The UNSC focuses on military, exploratory and scientific missions so this versatile #Off-Road Vehicle (introduced in the year 2319) is perfect for scouting & reconnaissance, but does also have a turret on top for defense. 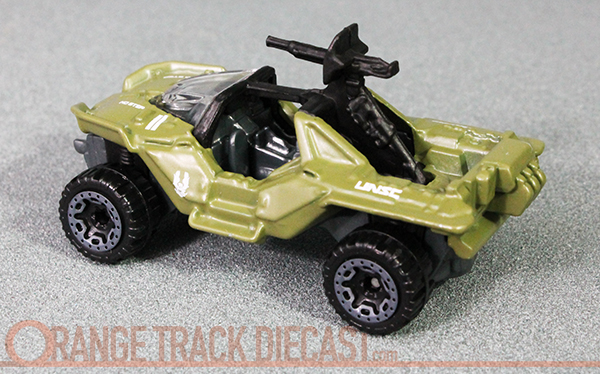 It has been a while since Hot Wheels has really done any kind of military vehicles so the UNSC Warthog definitely comes as a welcome surprise. In a way, it kind of takes you back to the Megaforce and the Action Command days when Hot Wheels made military vehicles. Nowadays, the only castings with guns/weapons on them are #Post-Apocalyptic Vehicles that are looking to wage a war on the streets — even still, these are mostly comprised of older castings.

One retro Hot Wheels casting that I’d love to get this Halo vehicle next to would be the 1975 Flying Colors Gun Slinger designed by Larry Wood. They share so many similarities even though they are apparently a couple hundred years apart. In the Hot Wheels world, they are a great contrast of vintage and ultra-modern. 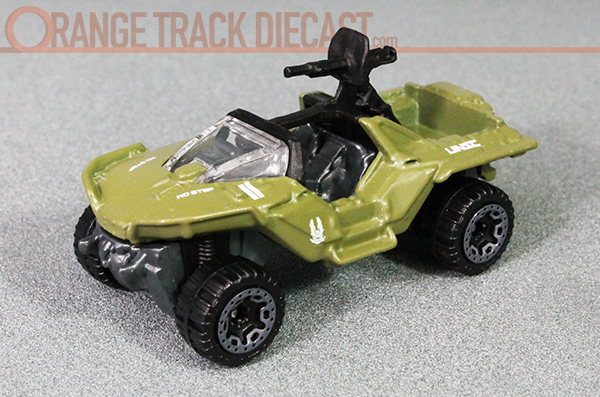