Ever look at an #Unlicensed Hot Wheels casting and wonder if there is more to the story? When the Project Speeder came out in 2014, the casting definitely looked like an unfinished project as the name implied — most notably missing the front fenders and grill, along with having grunge-style, weathered graphics along the sides. The blister card stated the following:

This recently rescued muscle car is definitely a work in progress. Under the dents and dirt is a supercharged V8 with an extra serving of torque. After some serious restoration work this sleeping giant is sure to roar once more.

The notion of it being an unfinished, project car sounded very appealing as rat rods are often popular among collectors. However, the Project Speeder’s torpedo-esque body (long & skinny) kind of took away from the realism. Here you have a great story, about this project car thats an in-progress build, that’ll one day be finished … but the car just doesn’t look right. While, I’m not sure what the reasoning behind making the car long & skinny is, it is easy to think of how much cooler it would have been had this car been granted a little width. The Torpedoes segment from the 2005 First Editions was by no means popular so its a curious decision from the legendary Hot Wheels designer, Larry Wood. Still, I wonder if there is more to the story. Either way, we do finally know what the finished product looks like … 2 years later … in the Muscle Speeder. 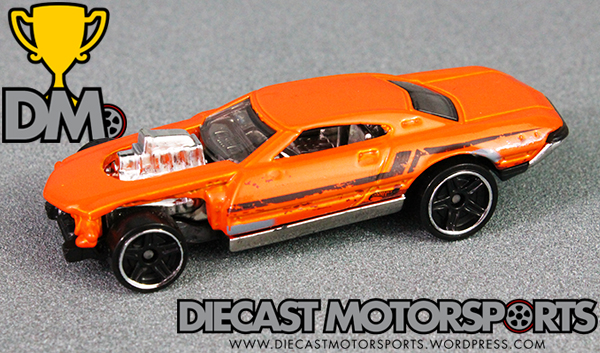 Big thanks to Kirk from Greensburg, PA for helping me obtain this release of the Project Speeder!