The Vairy 8 is one of those underrated Hot Wheels castings. It is believed to be a customized version of a 1960s Chevrolet Corvair. While its a metal body and metal base casting, it doesn’t perform particularly well on track sets due to its stance which leads to the lowered front-end. But for what it lacks on the track side, it makes up for on the character side. It has an 8-cylinder crate engine in the back that screams power–making you realize why Hot Wheels designer Mark Jones made the rear wheels so big!

The customization doesn’t stop there. While the “Vair” in Vairy 8 most likely is a nod to the Corvair-base for this car, the “8” stands for the huge 8-cylinder engine in the back. That right there explains the prominence of the engine in this casting. The added details of the “rear-window scoop” and the vents on the trunk let you know that the engine inside wants to breathe, forcing you to almost envision this car in a drag race setting.

One else can’t help but notice the name in itself, that when sounded out, sounds like “variate”. Variate or variation could be nod to the casting’s custom nature. We will have to see if Mark Jones can confirm this for us. For now, we leave you with the initial release of the Vairy 8. 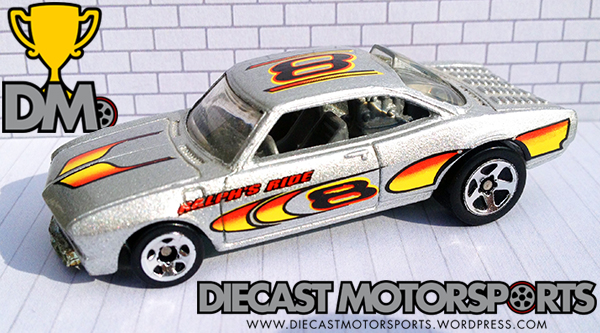