October is right around the corner and that means that another great Hot Wheels #Halloween series is hitting the pegs. There have been a few great releases over the last couple of years but this year Hot Wheels stepped it up by creating a new wheel altogether. The […]

We have all heard of #Muscle Cars, but Muscle Trucks? That is a new one for me but a quick google search for “muscle trucks” reveals it to be kind of a loose category for any high-powered truck. So leave it to the team at Hot Wheels to […]

Chances are, you’ve seen the brand-new #Mazda REPU at retail already as it was released earlier last month in the #2017 Hot Wheels “M” case assortments. To some, it may just be “another light truck”, but to others its the world’s first and only Rotary Engine Pick Up […]

The #HW Hot Trucks Series #Custom ’56 Ford F-100 is surely one of the Top 10 graphic designs of the #2017 Hot Wheels mainline. Released in a trio of matte colors, this rendition of the customized ’56 #Ford #Truck features a nice, vintage-looking door deco, but its the […]

Hot Wheels has always found success with #VW castings due to their custom nature, which translates well to the brand. The most expensive Hot Wheels car ever is the infamous rear-loading, pink Beach Bomb. One of the top 5 castings of all time, as chosen by the collectors, […]

There is a new 5-Pack of #Hot Wheels Character Cars that just started hitting Target stores last week. Its the #Star Wars #Rogue One 5-Pack and it contains some pretty good looking Character Cars that haven’t been widely released as singles yet. Aside from the Jyn Erso vehicle, the […] 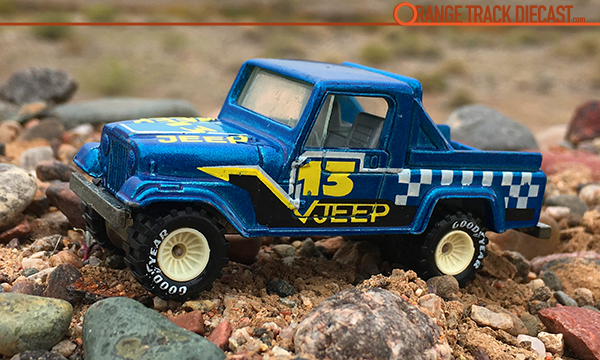 I have been collecting for the last 20+ years and have kind of stayed away from some of the older cars that I had as a kid. Most of it had to do with being a cardboard collector for the majority of those years, but lately (and maybe […]