Last year at this time, we were greeted with the first couple assortments of #2016 Hot Wheels in the basic line. Among those, was the #’69 Dodge Charger as part of the #HW Flames Series — the 10 vehicles in this series were voted on by collectors via a […]

There’s a new #Dodge #Charger in the Hot Wheels arsenal as the off-road reincarnation of the #Fast & Furious ’70 Dodge Charger, is a #2017 New Model. Straight from Furious 7 (2015), this replica of Dominic Toretto’s ride certainly does the movie car justice. In the movie, it was built […] 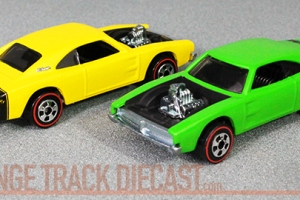