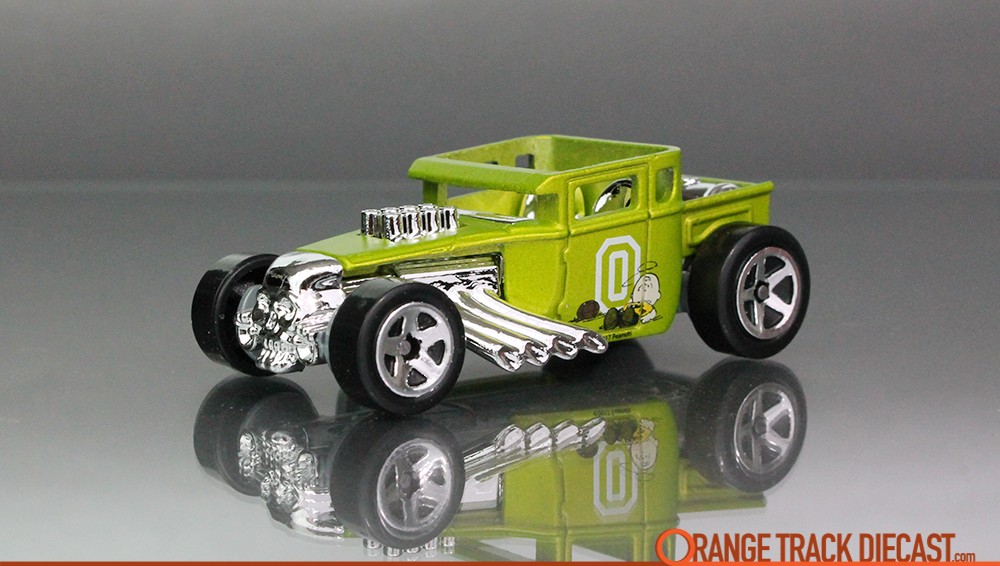 With all the hype #Gassers get these days, its surprising the #Morris Wagon doesn’t get much attention. Maybe its because the casting hasn’t been released since 2013 and/or maybe its because its a British car, but that shouldn’t stop you from taking a second look at its #2001 […]

The #HW Hot Trucks Series #Custom ’56 Ford F-100 is surely one of the Top 10 graphic designs of the #2017 Hot Wheels mainline. Released in a trio of matte colors, this rendition of the customized ’56 #Ford #Truck features a nice, vintage-looking door deco, but its the […]

Chances are, you’ve seen images of the newest #Cruise Bruiser from the #2017 Hot Wheels #HW Daredevils series — and hopefully, you’ve had success finding it as part of the “K” cast assortment along with its Super #Treasure Hunt variant. If you haven’t seen it, we have that […]

How cool is it, that even in retirement, former Hot Wheels designer Larry Wood can still design fantastic cars like this!?! One of the newest #2017 New Models is the #Surf ‘N Turf which is showing up now in the United States as part of the “J” case assortments […]