With all the hype #Gassers get these days, its surprising the #Morris Wagon doesn’t get much attention. Maybe its because the casting hasn’t been released since 2013 and/or maybe its because its a British car, but that shouldn’t stop you from taking a second look at its #2001 First Editions release which seems like it can be had for $1 (or less) at just about every Hot Wheels car show you go to. 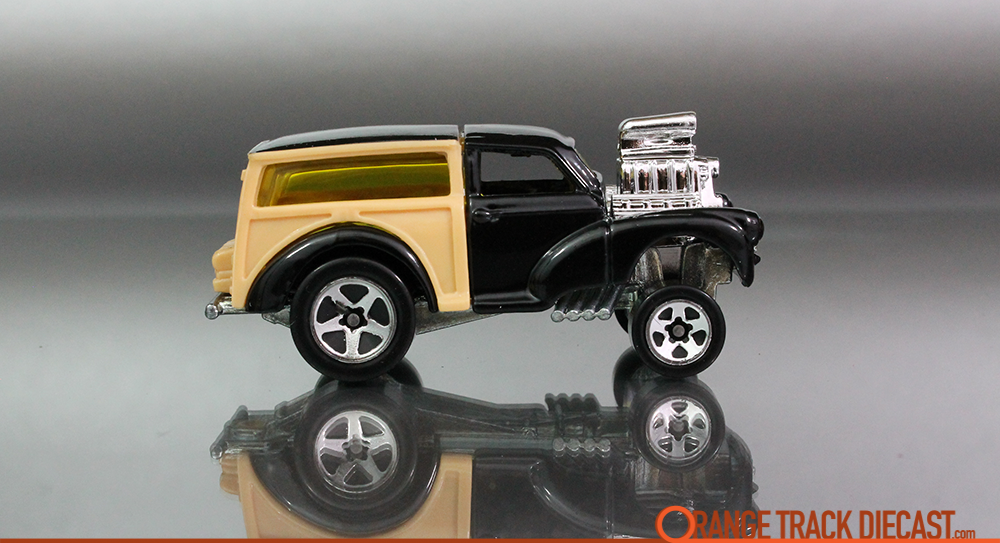 Designed by Hot Wheels designer, Phil Riehlman, the #Morris Wagon is a heavily modified Morris Minor 1000 Traveller, complete with its woody rear end — which is made of plastic in this case. The fact that its body is half metal, half plastic makes it truly one of the more unique Hot Wheels of its time. As if the huge #Blown Engine and raised-up, front-end gave you any suspicions of this car being designed for the track, its dual parachutes in back only confirm the Morris Wagon was made for the drag strip. Speaking of the big-block V-8 engine up front, I can recall many collectors not being too fond it it back in the early 2000s. Nowadays, with the #Gasser crowd, I believe that it would actually be better received. After all, the details on the engine are pretty amazing if you get a chance to look at it up close.

The base of the Hot Wheels #Morris Wagon is stamped with “MG ROVER” on it which I can only assume held the rights to Morris at the time — since the MG Rover Group was the last domestically owned mass-production car manufacturer in the British motor industry until it went under in 2005. 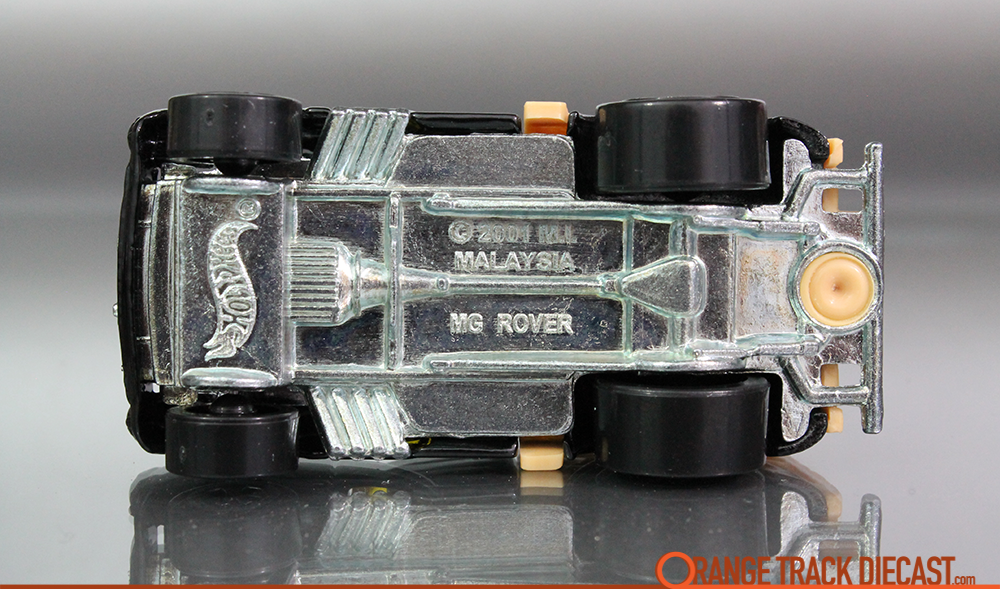 Whether you’re a #Gasser collector or not, I urge you to take a second look at not just the #2001 First Editions release of the #Morris Wagon, but rather the whole family of this casting. It had some really cool releases during its 13-year run. More specifically, check out some of its premium releases that were in the Hot Wheels Racing, Street Show and The Hot Ones lines as they can often be had for not much more than their original retail cost. The priciest Morris Wagons out there are the 2004 Treasure Hunts release variants — with each of the two wheel variations (co-mold & real riders) selling in the neighborhood of $30 a piece.