The Hot Wheels #’67 Camaro originally made its debut as part of the 1983 Hot Wheels mainline, after being what we would term today as a “retool” of the Custom Camaro from 1968. Collectors are quick to point out that the 1983 release was released in a bright red with yellow & white flames outlined in black, and the “67 CAMARO” name emblazoned on the side. Sound familiar? Yep! You’re looking at a tribute to that original 1983 release here. 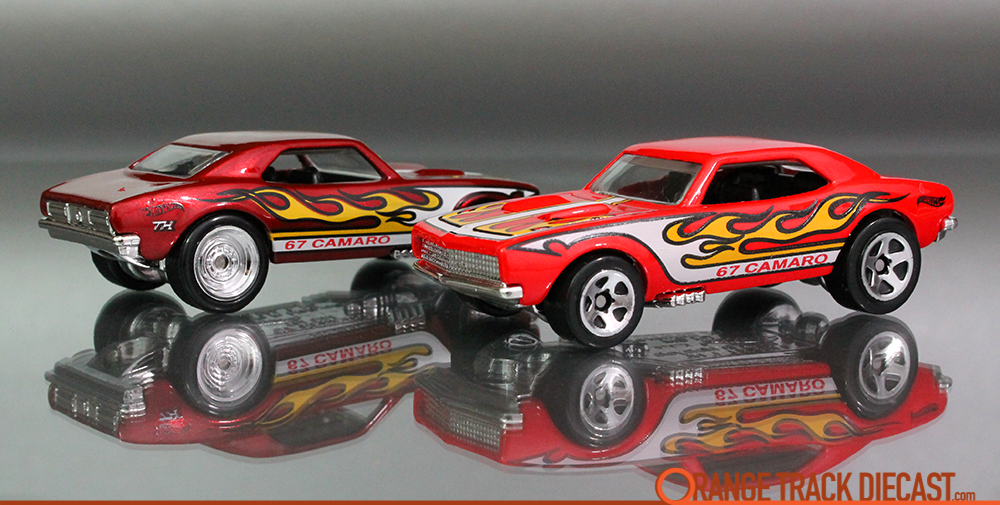 Now, the #2017 Hot Wheels #Camaro Fifty series release of the #’67 Camaro does have an added hood graphic on both the standard and super #Treasure Hunt variants but that is not what has some collectors in an uproar. See, this release of the ’67 Camaro marks the first time it has been released in the Hot Wheels mainline without a metal base and sans its iconic opening hood. We had see the ’67 Camaro with “sealed hood” before in the Hot Wheels Color Shifters line, but this is the first time the mainline casting (which had been metal/metal up until its last release in 2013) had seen such a change. Some had thought this casting’s iconic nature made it untouchable from such cost-cutting measures.

Hey, I get it. For Mattel to keep making these beautiful licensed vehicles in the mainline for under a buck, rules were put in place to continue to do so. The sting is felt by the collector base when a collector favorite succumbs to such rules and it really hurts when you’re a collector of said casting as you’ve dedicated years to tracking down all of its variants only to question whether or not you should continue to do so. NOTE: I hear you #Rodger Dodger fans.

But alas, the proverbial “fork in the road” is here and should you continue your journey with the #’67 Camaro casting collection, the folks at Hot Wheels have done their best to keep you on board with this collector favorite by easing the pain with this strikingly awesome, super #Treasure Hunt variant wearing that iconic #First Edition paint scheme, #Spectraflame Paint, and some pretty slick #Real Riders Steelie Wheels to boot — provided you can find one, or are open to paying the going rate for it. Heck, maybe you just know an awesome collector who looks out for you and was gracious enough to send you one for free (Thanks Tim!). 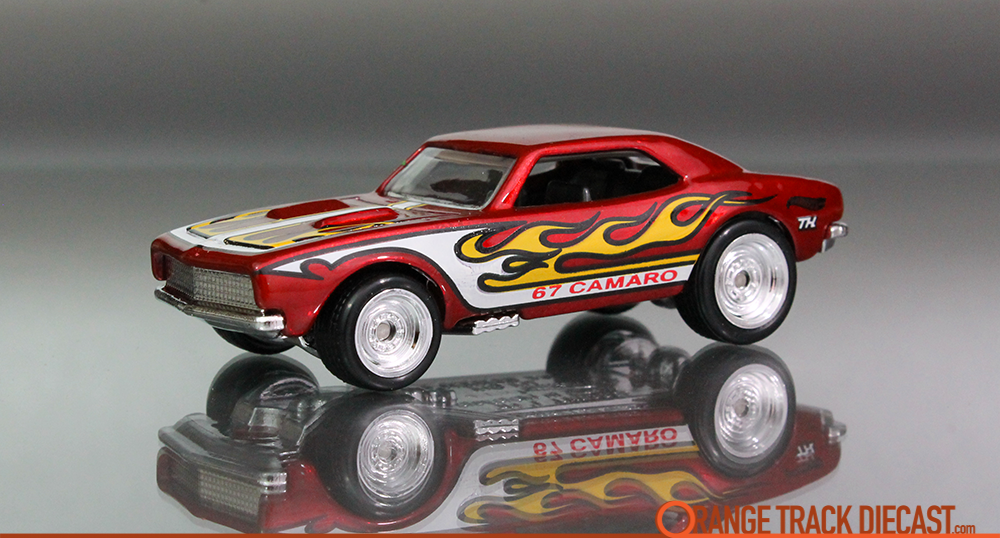 Look for this #Camaro Fifty series release of the #’67 Camaro to also have a #Walmart Exclusive, #ZAMAC colorway within the next couple months.