You have to love what the Hot Wheels team is doing with their #Porsches as of late. After not having the licenses for Mercedes-Benz and Ferrari for the last few years, they’ve brought on #Magnus Walker and his brand #Urban Outlaw to give some of their Porsches that #Race Car feel. Doing so totally re-brands the Porsches in a direction that is different from the traditional, “clean” ones we have been used to.

As someone who rarely grabbed Porsches, this movement has me picking up the latest ones as … well, they just look cool as they have that custom, rebellious feel to them! For me, not being aware of the Porsche racing scene, Porsches always represented snobbery and seemed to be the sports car of choice for people that know nothing about cars. Now, with Magnus Walker aboard, these Hot Wheels Porsches are seen in a whole new light, bucking that trend. 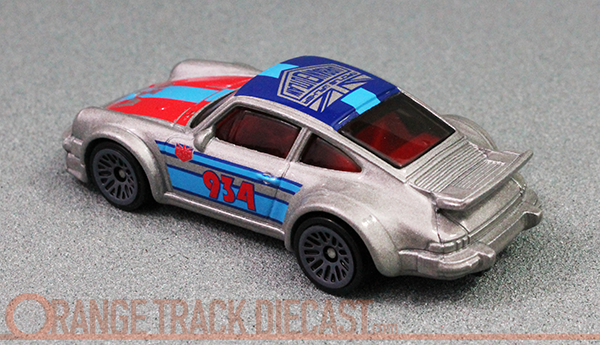 The actual, 1:1 Porsche 934 was manufactured for two years, 1976 & 1977. It has a rich racing history so its really cool that we are getting this car with some racing schemes. The Hot Wheels #Porsche 934 Turbo RSR was introduced just a couple years ago as part of the #2014 New Models. Hot Wheels designer, Ryu Asada captured the lines of this car beautifully. Just last year it received the “Toy Fair treatment“, in that it was an exclusive for the event, showcasing the high-end side of the Hot Wheels brand.

This release, as part of the 2017 #Night Burnerz Series is of course great with its #934 #Urban Outlaw livery. Just like last year, the Night Burnerz series seems to be a collector favorite … and with all licensed vehicles in it, you can bet this years will be even better in the eyes of collectors. You can find the list of vehicles in the 2017 Night Burnerz, below.

For more pictures of your favorite Hot Wheels cars, check out @orangetrackdiecast on Instagram.