Ryu was a Designer at Mattel from 2004 until he died of colon cancer in 2021. Born and raised in Osaka, Japan, he came to the United States in 1997 to attend the University of Oregon. Upon graduating in 2000 with a degree in English and Physics 2000, he pursued a degree at the Art Center College of Design in Pasadena, California. This was the same design school where Phil Riehlman, Mark Jones, Bryan Benedict, Jun Imai, and lots of others went to.
Upon graduation in 2004, he started he started his professional career at Mattel as a Matchbox designer where he designed and worked on (what he estimated to be) about 150+ diecast cars, among other things, over 8 years with the Matchbox team (2004-2012).
His very first Hot Wheels design was the Gearonimo (a 2009 New Model), which he design while still with the Matchbox team (working as a guest designer). He went on to produce three more Hot Wheels castings while still working for Matchbox: Formula Street (based on one of his school project at Art Center), Honda S2000, and HW Jump Truck (both full size and 1/64).
In 2012, he joined Hot Wheels team and started to manage basic cars. His very first Hot Wheels project as an official HW designer was ‘67 Chevy C10 (a 2013 New Model). His death in 2021 hit many involved with the hobby hard as Ryu was very passionate about his craft and always great person to talk to. He will be missed as his designs live on. Below are his vehicles we’ve featured on the site. 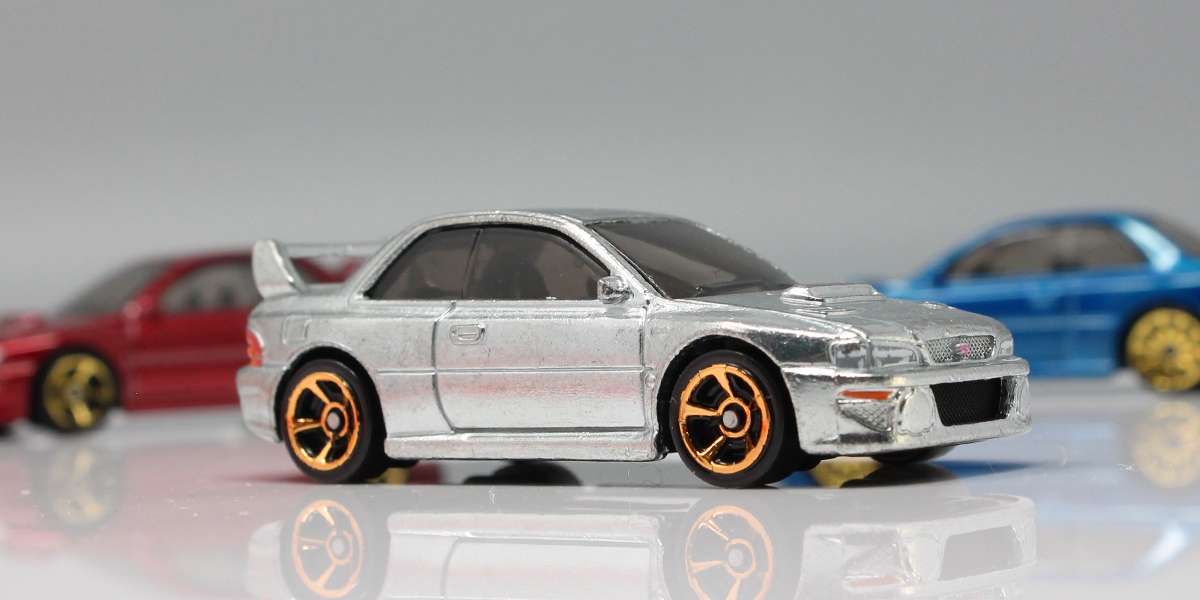 What is that old saying? A picture is worth 1,000 words? I will not be hitting 1,000 words on this article today, but I did have a few thoughts based on the image you see below. Occasionally while I am shooting various Hot Wheels to be featured in […]

Looking at what just showed up the on back of a #Team Transport flatbed: the newest addition to the Hot Wheels #’16 Ford GT Race collection. This time, this #Ford supercar from the International Motor Sports Association (IMSA) is rocking a replica livery that raced in the Rolex […]