In all the Dodge Vipers Hot Wheels has made, the #Dodge Viper GTS reigns supreme. Sure, the #Dodge Viper RT/10 was the first one they ever produced and has that nostalgic factor, but the detail in this GTS supersedes that nostalgia. This isn’t your average mainline #Viper as this one was crafted for the 1999 Cool Collectibles line — a line that is often referred to as the “Black Box” Hot Wheels, which later became known as #100% Hot Wheels. This line of multi-piece-tool Hot Wheels was built strictly for the collector as the castings had far more pieces to them past the standard body/base/windows/interiors. So call it unfair, but the #Dodge Viper GTS casting was built with the detail most mainline Hot Wheels will never see.

For the most part, these highly detailed black box vehicles and the standard Hot Wheels were segregated in all facets, across all lines. However, in 2003, the #Preferred Line seemed to bridge the gap momentarily as the line contained 100% Hot Wheels castings all the way to standard mainline castings. The vehicles in the preferred line appeared on over-sized blister cards that called out the vehicles’ “Highly Detailed Engines”, “Special Wheels & Tires” and “Die-Cast Metal Body”. 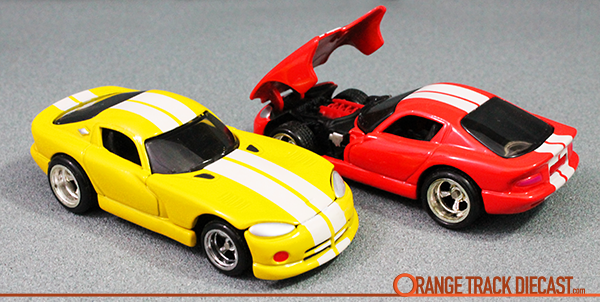 As you can see in the photo above, the #Dodge Viper GTS casting has a flip-forward, #Opening Hood that reveals that illustrious red-painted, Viper V-10 engine. This is something no other Hot Wheels Viper has. In addition to that, the GTS also has a two-piece spare wheel that can be seen through the rear window. Those two detail-oriented features along with the casting’s wide-body stance truly makes it the best Hot Wheels Viper.

There are the two colorway #Variations of this release; one in red, and one in yellow — both of which have the white racing stripes. In that 2003 Hot Wheels #Preferred Line, all vehicles (that were a part of it) got two planned colorways, giving collectors of certain castings an added benefit of more variations to add to their collections. 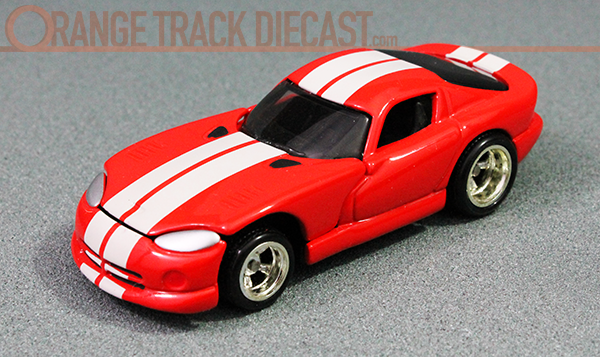 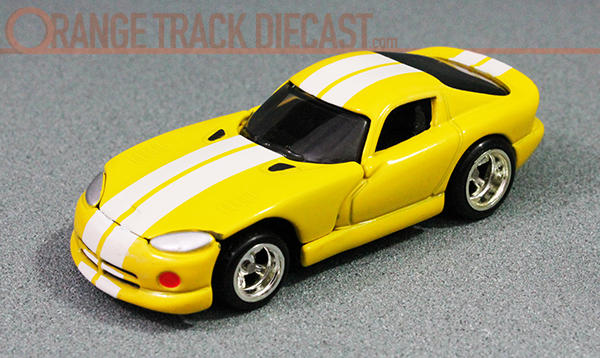