When you collect a certain Hot Wheels casting, you often find yourself buying Hot Wheels products you normally wouldn’t just to get that exclusive car. In 2007, one of my favorite castings, the #Deora II, was released as a #Playset Exclusive as part of the Octopark playset. The playset was somewhere in the neighborhood of $20 so it was a lot to pay for what was essentially a mainline car but as a casting collector, you know you’re really not going to find it any cheaper — as these #Playset Exclusives can be some of the hardest releases to track down. So I, like most casting collectors, bought the set, opened it ever-so-gently, took out the Deora II and repackaged it with a duplicate Deora II from my extras, and gave it to a friend who had a small child at the time. 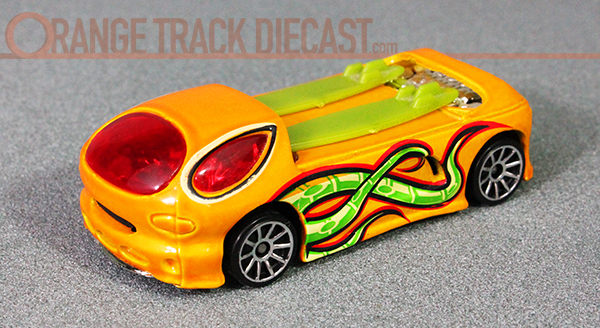 So while it may have come at a little bit of a cost, my #Deora II collection was able to move on with this one in it. Years later, another collector of the Deora II casting revealed to me that he had obtained a #5-Spoke Wheel variation of this release. He had bought it from an online seller so he was unaware if it had actually came as part of the #Octopark Playset. Needless to say, I was jealous and may have even thrown a few frivolous offers his way just to see if he had any intentions of letting it go — he didn’t. Darn, the hunt was on…

Last year, I came across one for sale on eBay. Knowing how rare it was, and that I haven’t seen one for sale before, I paid the sellers steep asking price of $35-shipped which is even more than the high price I paid for the one that came with the playset back in 2007. After I got it in hand, I realized it was much more than the wheel #Variation I bought. The green #Surfboards (and in the graphics) were much more of a kelly green versus the light green that came on the standard release.

Hot Wheels Deora II from the 2007 Octopark Playset (both variations)

So the next question I began to ask myself (and a few other collectors) was, “Where did this Deora II come from?” The seller I had bought it from had no idea but he did have another one and was located in Canada. So was this some sort of Canadian or International exclusive? Since the Octopus in this set had a function that gave him a few recorded sayings and knowing that this set was also released with an Octopus that uttered the sayings in Spanish, led me to believe that this could definitely be some sort of International exclusive — unfortunately, I haven’t been able to confirm this.

But what else? Well, the Octopark playset with its soundboard of several sayings also made a great in-store display. I do recall seeing it in the store but since I wasn’t as big of a variation collector as I am now, I easily could have missed this variation had it been exclusive to the in-store display. However, after finding this image of the in-store display (not in an actual store though), it looks as though the Deora II in the display may have been the more common version with the lighter green surfboards.

Lastly, could this be some sort of prototype? Its entirely possible. Of the two of these that I have seen, both have red frosted windows and various spots of wear in the form of chipped paint, tampos and worn wheel chrome. The wear could indicate play from kids, play from the in-store display or play from designers who may have been testing the car’s compatibility with the track set as they often do with EPs (Engineering Pilots) and FEPs (Final Engineering Pilots). The answer has, and will continue to allude me but as a collector of the #Deora II and my thirst for answers, I look to be able to answer that for you one day. Until that day, enjoy the images! 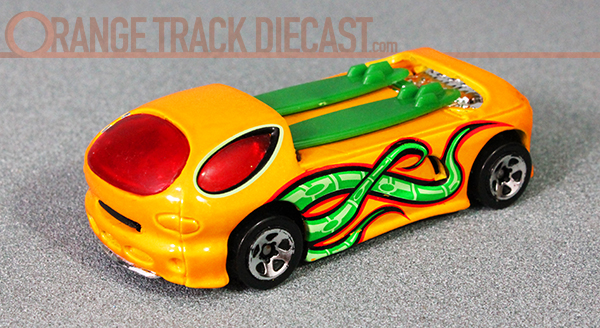