Being the mayor of Hot Wheels City is surely an interesting job. One minute you’re cutting the ribbon at a brand-new race track (complete with loop of course) and the next you’re being destroyed by Kidzilla — only to rebuild! Clearly, this is a position that is not held lightly in Hot Wheels City as its apparent (through this release), that the mayor has his own security detail and they drive around in black Chevy Tahoes.

Modern day Hot Wheels Treasure Hunters have surely spotted the “flame logo” that has designated regular Treasure Hunts since 2013. Since this release came in the 2007 Hot Wheels City 5-Pack, the flame logo usage definitely predates its usage for Treasure Hunts. Also, since it came in a 5-pack, so it could not be a TH either.

You may be finding yourself asking, “well whats so special about this release then?”

Well, this is the #First Edition of the Hot Wheels ’07 Chevy Tahoe. The casting never formally had a First Editions / New Models release, instead, it appeared in this 5-pack unannounced. It was said that this casting is a modified version of the ’07 Cadillac Escalade that was a 2006 First Edition. 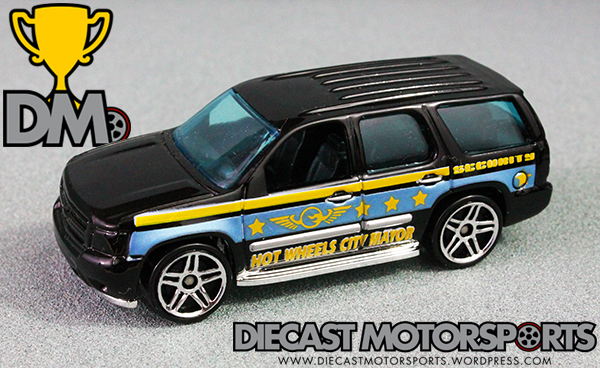