Dubs, shoes, or what are commonly known as wheels were big in the early 2000s. With reality shows like MTV’s “Pimp My Ride” and “Cribs”, the general population got a glimpse at the “new thing” in car culture — DUBS! SUVs like the Cadillac Escalade reigned supreme in the pre-recession era…before gas prices shot up to nearly $5/gallon in some places. This was evident judging by the five different Escalade castings Hot Wheels had released from 2003 to 2006.

2004 brought us 7 of the 8 versions of this particular Hot Wheels Cadillac Escalade casting. Being released seemingly concurrently, its hard to remember if the Whips ones or the Auto Affinity ones showed up first as I can only remember that this white one from the Whips line was the first one I obtained, prompting me to search for the other seven as they were released.

With this version/release being the #First Edition of this casting (to me), it could barely look more true to the real Cadillac Escalades you saw on the roads. Painted in a fabulous pearl white, and detailed with taillights and Cadillac/Escalade badging, only the lack of detailed headlights took away from this release. Hot Wheels’ 6-Spoke Bling Wheels assisted in making this release “dub-worthy”. 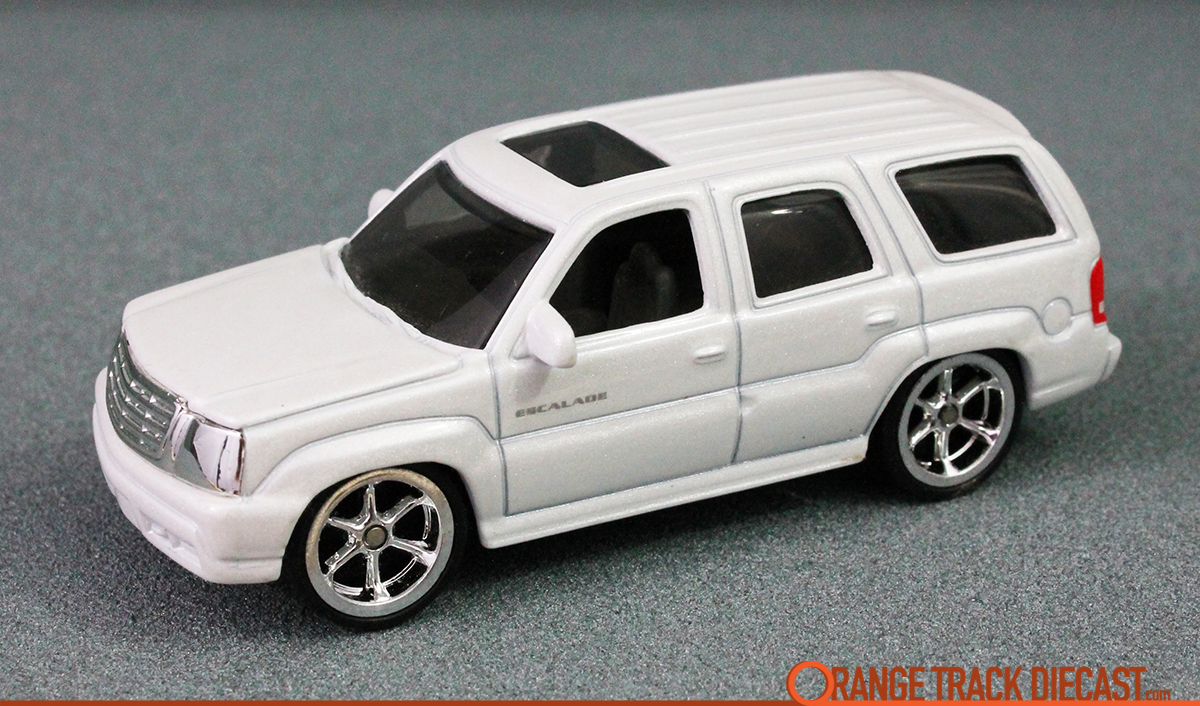