02/29/2016 — Its already been announced that Hot Wheels will be releasing a new “Yellow Submarine” casting based on the Beatle’s famous song. Well, since its the 50th Anniversary of “Yellow Submarine”, Hot Wheels is also doing a new 6-car series as tribute to go along with the new casting. Its unclear where this series will pop up, but at least one collector has already shown pictures of the product they found…just no details as to where. The series is as follows:

UPDATE 06/03/2016 — Facebook user Ecc Edward has reported finding these in Hong Kong. It should only be a matter of weeks before these start to show up in the U.S. and elsewhere. 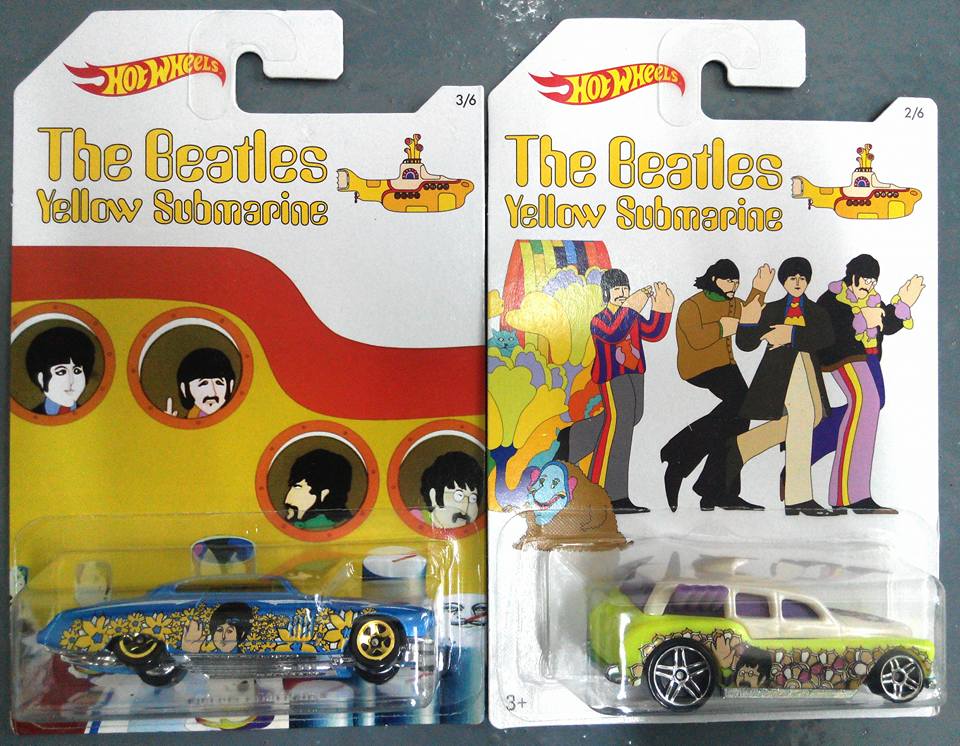 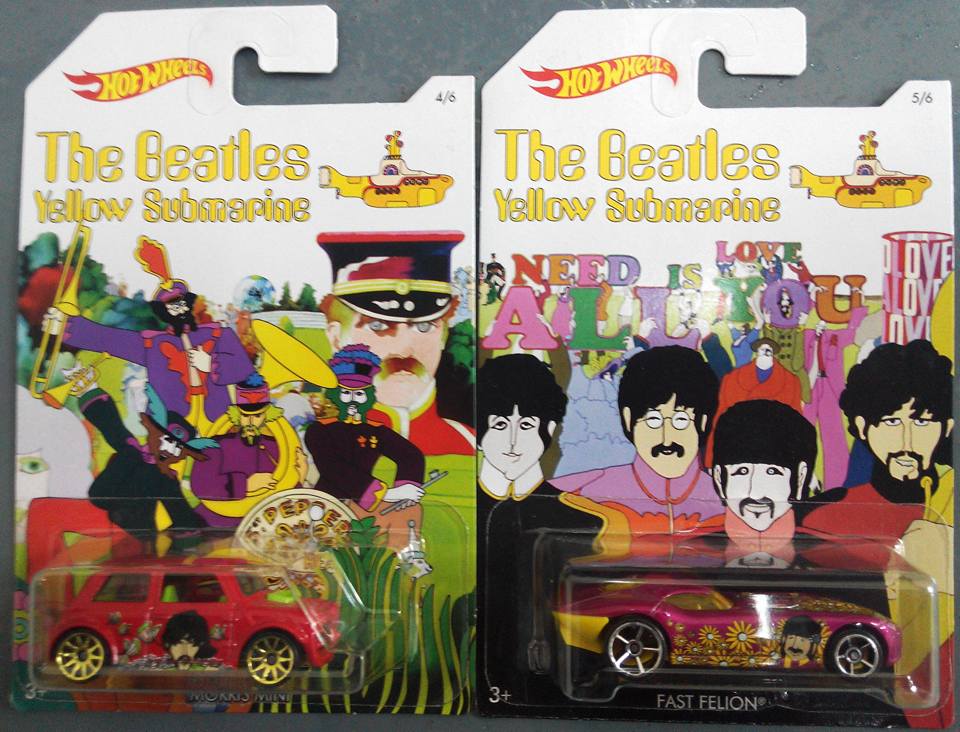 UPDATE 06/09/2016 — Hot Wheels has revealed on their Facebook page that starting today, this 6-car set (along with the mainline Yellow Submarine) will be for sale one week earlier, than the worldwide street date, exclusively at The Beatles Shop in The Mirage Hotel & Casino in Las Vegas.

UPDATE 06/15/2016 — According to multiple sources, the dump bins for these have started to appear at Walmart stores in the United States.