Possibly one of the most overlooked #Unlicensed Hot Wheels of 2015 is the Power Surge. Its only fitting that its the last car we feature for 2015.

I like to frequent the Hot Wheels Customs forum at HotWheelsCollectors.com as customizers have always impressed me with their combo of skills and imagination. In a recent post by user “clearhooter”, he likened the new Hot Wheels Power Surge casting to that of an old Ford J-Car. He made a few body modifications to the Power Surge, along with adding some cool vintage racing graphics. The end result was a car that looked very similar that that of a retro Ford J-Car. He even photographed it with an old photo in the background (see below).

I was so impressed with this custom that I went out and grabbed the pegwarming Power Surge the very next day. Under closer examination, I am totally digging this futuristic electric supercar. Hot Wheels describes the Power Surge as a:

The huge rooftop solar panels stretch along the backbone of this car are a nice touch — albeit in blue (mayble a dark chrome would have looked better). The “wireless induction charging coils”? …well those are found on the bottom. While the 2015 version (shown below) is the #First Edition of the Power Surge, another version is slated to be released in the 5-Car, HW Green Speed Series for 2016. 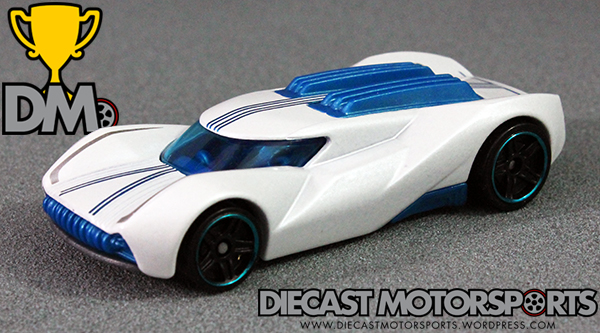 If you are (or aspire to be) a Hot Wheels / Diecast Racer, check out redlinederby.com. Its a great resource for all things related to racing your toy cars.

Received the new #amazonexclusive #hotwheelsblackbox for 2023 from the #hotwheels team this week. Check out the unboxing video AND the full case report with pictures on #orangetrackdiecast.com now!
Working on my #dutchcourage tonight… 🥴
Checking out the new #hotwheelscorvair on the block! Head to #orangetrackdiecast.com to see how the new #carculture #jaylenosgarage #66chevroletcorvairyenkostinger compares to the old #vairy8 casting!
Always enjoy getting premium releases off @amazon… the cards come thrashed but as an opener it doesn’t bother me. If only it were this easy for me to get #hotwheelspremium at retail. So far behind…
Back home in Arizona 🌵 after being in California for the last week. Glad to pick up my @bestbuy #hotwheelscase and see that it was still factory sealed after seeing what others posted. No super in my case but got the 4 exclusives and the Subaru hunt!
The latest #hotwheelsnewsletter is hitting mailboxes now!