Designed by the legendary Hot Wheels designer, Larry Wood, the Airport Rescue was based off of the Oshkosh P-15 ARFF (Airport Rescue Fire Fighting) Truck–a truck that could discharge 4,900 gallons of foam & water in under a minute! Its Hot Wheels life was short-lived in the United States, having only been released in 1981 & 1982. In 1983, a French version of the casting appeared in red and proves to be extremely valuable to collectors. The casting joined the ranks of our #Discontinued Castings in 1985 after its last run was released exclusively in Mexico. Given its short life, this chunk of metal must have been produced in large quantities as you can find mint versions, loose, for under $10-shipped. I was able to obtain the one you see below, with a few areas of wear, for $2.50! 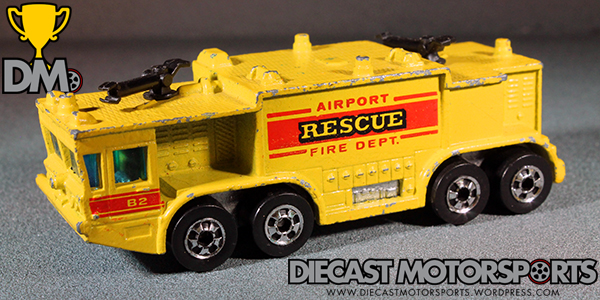