The Hot Wheels Seared Tuner is a special car for a variety of reasons. It is one of a few that has gone by multiple names for one. The Seared Tuner was originally released as the Sho-Stopper but the name changed in 2003 due to what was speculated as “legal challenges”. What really makes this casting special is that it was the first tuner car released by Hot Wheels ushering a new generation of diecast. That generation shift, coinciding with the new millennium, was so important in terms of branding Hot Wheels as a toy leader for future generations that Hot Wheels decided to have the Sho-Stopper on the packaging for ALL of its mainline releases from 2000-2003. Not many castings have signaled in a new era quite like this one.

This new style for diecast started when Hot Wheels saw the tuner trend starting to surface in the late 1990s and thats when they brought in Eric Tscherne, designer of the Sho-Stopper. Eric Tscherne designed many tuner models for the Hot Wheels brand from 1999-2004 and it was enough to get him inducted into the Diecast Hall of Fame in 2011.

The Seared Tuner itself has not showed up since 2009 when it was released exclusively as part of the Jurassic Starter Set–a Hot Wheels track system featuring dinosaurs. That version could be found in various multi-packs as well. From 2000-2004 the Sho-Stopper/Seared Tuner casting had side vents cut out that were filled with inserts from the interior. The casting disappeared from 2005 to 2006 only to resurface in the 2007 Clover Cars with these “side vents” now sealed on the casting. If you’re into Hot Wheels and tuner cars this one is where it all started!

This version of the Seared Tuner (shown below) appeared in one of many Max Steel 5-Packs. Unfortunately, for many collectors, this particular Max Steel 5-Pack was never released outside of Brazil–a country that has a strong Max Steel and Hot Wheels collectors presence. Mattel has achieved so much success with Max Steel in Brazil the majority of the Max Steel toys are offered exclusively in Brazil, making collectors outside of the country go crazy trying to establish connections with Brazilians in order to obtain the product. 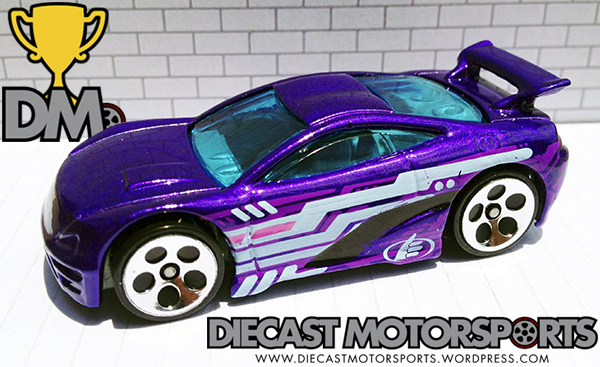