A couple weeks ago, I was perusing a secondary sales site when the last two #Variations I needed for my Hot Wheels #Switchback collection went up for auction. I had been looking for these for years — yes, YEARS! — and was not about to let them get […]

When the team at Hot Wheels produced the #Dual Cool 5-Pack in 2005, it wasn’t their intention to have double the #Variations on the vehicles in it — let alone three different 5-Packs all together. If you were collecting back in 2005, you most likely remember this 5-Pack as […]

The new millennium brought change with it to the Hot Wheels world as the first #Tuner, the #Sho-Stopper, was introduced as part of the #2000 First Editions. A year later, the gates of tuner culture had been opened as we started seeing our first licensed tuners come through […] 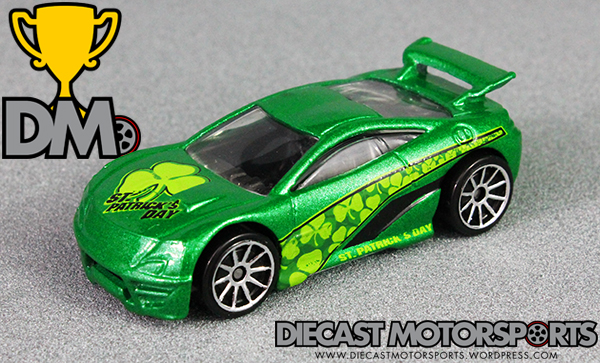 Since Hot Wheels hasn’t released the St. Patrick’s Day “Clover Cars” Series since 2012, we will make this a Throwback Thursday “St. Patrick’s Day Edition” and throw it back to 2007 — the first year of the Clover Cars. Sold exclusively at Walmart in 2007, all 8 of these […]