October is right around the corner and that means that another great Hot Wheels #Halloween series is hitting the pegs. There have been a few great releases over the last couple of years but this year Hot Wheels stepped it up by creating a new wheel altogether. The […]

Happy Halloween! Hot Wheels has long celebrated the holiday by dressing up their repertoire of diverse castings in costumed attire for #Halloween specific series. Over the years we have seen some great releases and that continued this year with the #Hot Wheels Halloween (2016). Almost a decade ago (2007), […] 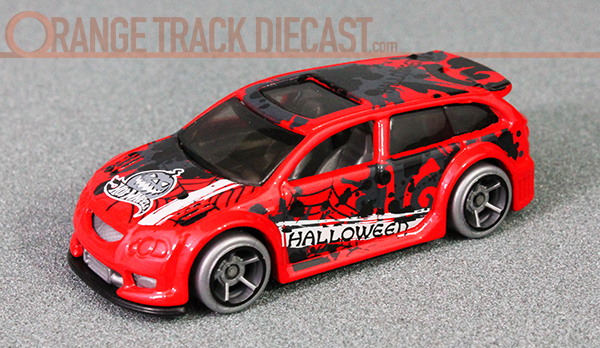 The tool for the Hot Wheels Audacious must be working overtime as the casting was released four times this year with at least another two releases on their way for 2017. With a multi-pack exclusive release, a Mystery Models release, this Halloween release, and most recently a Night […]

Welcome to October Hot Wheels world! The month of October typically plays host to the Hot Wheels Collectors Convention in Los Angeles, another new year of Hot Wheels with the “A” cases hitting stores, and some sort of Halloween series appearing in shippers. With the convention this week and […]

Another Halloween is upon us. Friends of mine, have all types of “rituals” they do. Those rituals used to consist of going to costume parties and drinking, but have now transitioned into taking the kids trick or treating and watching scary movies. Back in September my local Fry’s Food Store, a Kroger brand store, released […]