Dmitriy joined the team in early 2015. He is a graduate of the Art Center College of Design and has been a freelance designer in Transportation, Entertainment and Industrial design fields. His work can be seen on TV, in the air and the sea, and in some mansions around LA. Before joining the Hot Wheels team, he was a co-founder in an electric car startup. Outside of work he juggles multiple roles: a husband, a father, a furniture designer and a mechanic for his vintage 911.
His favorite Hot Wheels projects include: 2016 SDCC X-wing Carship, 2015 SDCC Batman vs Superman Twin Mill, 2017 Line of the Star Wars Carships, 2017 Aristo Rat 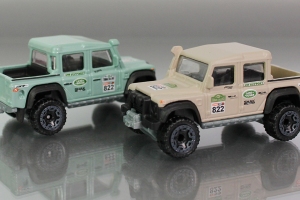 Pinch me. Is there really a #Land Rover in the #2018 Hot Wheels mainline? Just like #Jeep — which also reemerged in the Hot Wheels mainline this year — Land Rover vehicles have typically been reserved for the Matchbox brand over there at Mattel. Well, times, “they are […]

Chances are, you’ve seen images of the newest #Cruise Bruiser from the #2017 Hot Wheels #HW Daredevils series — and hopefully, you’ve had success finding it as part of the “K” cast assortment along with its Super #Treasure Hunt variant. If you haven’t seen it, we have that […]

Can you ever have too much chrome? Simply put, yes you can. But I don’t believe that to be the case with this year’s 10-car #Super Chromes (2017) series. The #Dmitriy Shakhmatov Designed #Gazella GT is a great example of what this series is all about. Debuting in […]

Fresh off the pegs is the brand-new, Hot Wheels Aristo Rat. Clearly a play on the word aristocrat, which is a term for “someone from the ruling class”, it can be implied that this racer rules its class on the local dirt track. But that is not the […] 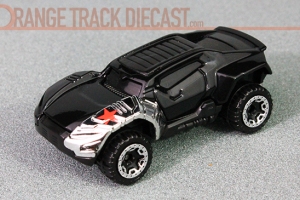 The #Hot Wheels Characters cars are, by far, Hot Wheels largest expansion to the brand in a long time and they have been bringing in a slew of pop culture collectors and kids. While some traditional collectors are still seeing them as an eye sore as the pegs are […]