Its no secret that I love the Hot Wheels #Mini Cooper casting as I always feature the new ones here at OTD. Yes, I know I still call it by its previous name as its been the Morris Mini for years now, but its the one I prefer so, yeah, I am going to go with that. Anyways, as you may already know, the Mini Cooper lost its pop-off body feature back in 2015, midway through the year — at least as far as basic releases are concerned. It was a super cool feature, but its also one I’ve learned to live without. As you can see, the #Phil Riehlman Designed Mini Cooper is still a great looking casting, and this year, it was looking exceptionally well in the #2018 Hot Wheels #Night Burnerz Series featuring a #Magnus Walker #Urban Outlaw livery on both dark blue and red colorways. Hot Wheels Morris Mini Cooper from the 2018 Night Burnerz Series, in Dark Blue and in Red, both featuring a Magnus Walker livery (on orange track)

The Hot Wheels partnership with #Magnus Walker has brought us a ton of #Urban Outlaw liveries thus far. Magnus is a Porsche enthusiast so the majority of them have been on Porsches. That hasn’t stopped the Hot Wheels team from sneaking it on a few questionable castings however (SEE: URBAN OUTLAW CHARGER). So while there may be a few questionable calls when applying the livery, I felt there was no better fit (outside of Porsche) than the British born, #Mini Cooper. Magnus himself hails from Sheffield, England per his official site, and his #Urban Outlaw brand logo even features pieces of the Union Jack. The pairing of the Hot Wheels #Mini Cooper and Urban Outlaw seemed destined to happen as soon as we saw the livery extend outside of Porsche (ie. ’70 Dodge Charger).

The #2018 Hot Wheels year is coming to a close so there aren’t many unknowns at this point, making it less likely there will be more than these two colorways of the #Urban Outlaw #Mini Cooper that appeared in the #Night Burnerz Series.

Hot Wheels Morris Mini Cooper from the 2018 Night Burnerz Series, in Dark Blue and in Red, both featuring a Magnus Walker livery (head to head)

The first colorway for the #Night Burnerz Series #Mini Cooper was the dark blue one which actually surfaced in November 2017 as a Kmart Collector Day “First-to-Market” car for the November 4th event (as part of the 2018 “B” case assortments). Its worldwide release came in the 2018 “C” case assortments, followed by the “D” case assortments — which my local Target still thinks its cool to put out. 😉 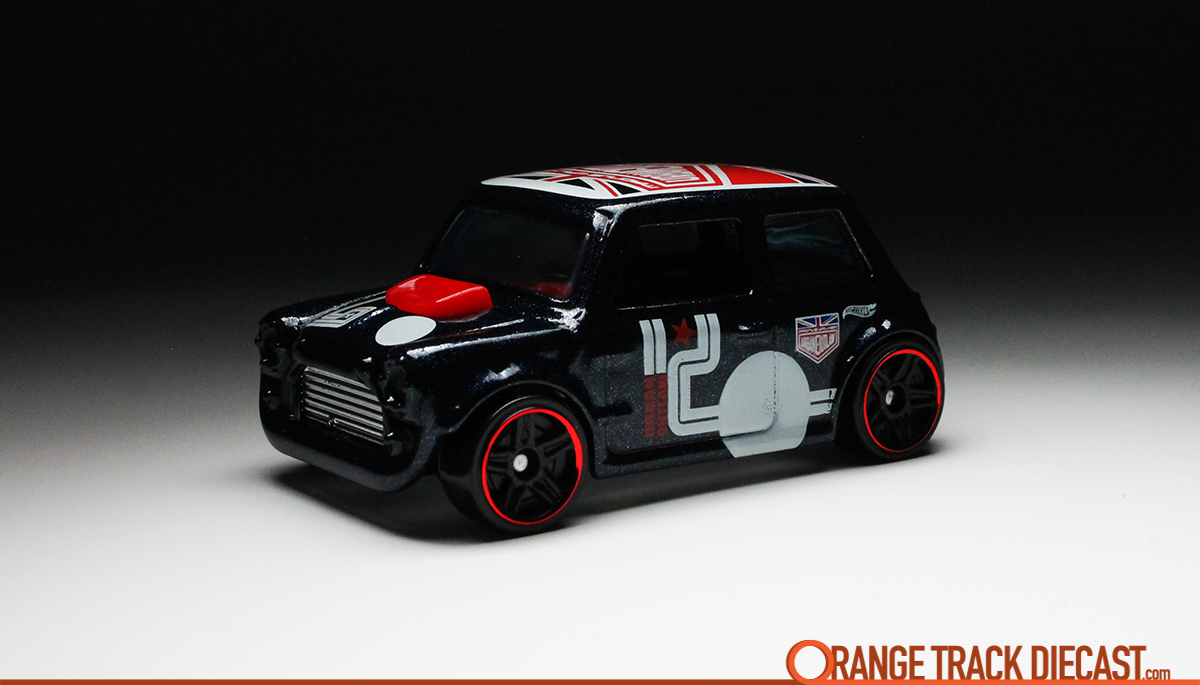 As far as the red colorway, well you may not have found it yet outside of the multipacks because its slated to appear in the #2018 Hot Wheels “N” and “P” case assortments which are due to hit retail in the U.S. at the beginning of August. I did obtained mine via the multipack method… you know, because I am a crazy #Mini Cooper collector and I had to have it — even in the 20-Pack *facepalm*. Some people thought it may be a Target Red Edition due to its color, however, I can say now with the utmost certainty that it is not.

As I said earlier, the year is not over. Its unlikely a third colorway will appear given this red one is slated to appear in the “P” case and the year ends with “Q”, however, I wouldn’t rule out a white colorway as a store exclusive OR for it to be one of the last ZAMAC cars for the year.  Here’s hoping they sneak in another variant of this awesome #Urban Outlaw deco before the end of the year!