Those Italians — they get all the good stuff! — said no Hot Wheels collector ever. So needless to say, it was a little surprising to see this #International Release of the #Pass’n Gasser end up being sold exclusively at retail in Italy. According to Italian collector @bellottsdiecast on Instagram, this was a #Promotional Vehicle for several stores in Italy and could be had for 2€ (0.01€ with the purchase of two mainline cars at 1€ each). 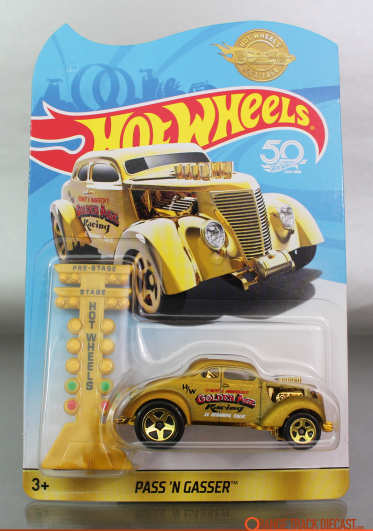 Italian collectors rejoiced as they finally had gold — figuratively and literally (color) — that they could trade (or sell to) collectors worldwide to fill voids in their own collections. It was evident when the first couple Italian collectors starting posting these for sale on eBay mid February, and fetching around $50 a piece for them, that this was one #Unlicensed Hot Wheels car that collectors were going to want. It wasn’t long before the number of Italian sellers selling these grew — some of which were selling whole cases of these to American collectors. As of today, these can be had for under $20-shipped (here in the U.S.) with the number of domestic sellers that have these — a price that I expect to go down even more. No word yet on if these will appear at retail outside of Italy, so for now, it remains an Italian market exclusive.

Perhaps the strangest thing about this release of the #Pass’n Gasser is that it came on a standard size blister card, sans “J hook” with a plastic drag strip Christmas tree accessory. It was so unique, that when I first saw it, I thought it was either a custom someone had done, or a really well-executed knock-off. When it turned out to be an authentic Hot Wheels release, I knew I had to have one — or two.

First one would be for my #Pass’n Gasser casting collection which is once again complete. NOTE: I really need to do a #Casting Profile on it! The second one will be to keep in the packaging as it was truly a unique offering. The golden drag strip Christmas tree was a nice touch and I have seen many collectors that were elated to have such a cool accessory. However, what many did not know is that it wasn’t the first time it appeared in Hot Wheels packaging. The tool for this all-plastic accessory is actually several years old, as a gray one appeared in 2011 as part of the Racing Kits / Drag Race set for that year. The set featured the Hot Wheels Pro Stock Firebird and Tire Fryer castings with plastic parachutes and the gray plastic light tree you see below.

The satin gold in which the body of this #Pass’n Gasser is painted is a great color and certainly one that is fitting for a #2018 Hot Wheels 50th Anniversary release. The wording on the sides reads: “REINERT & MANFREDI’S GOLDEN AGE RACING EL SEGUNDO, CALIF.” which is just great for an all-gold #Gasser such as this one. Speaking of gold, this one could not have been any more gold short of the tires being gold to match the wheels.

While its still early, as its only been out for less than four months, it will be interesting to see what becomes of this International “GOLD” Collectors Edition #Pass’n Gasser. Will it be found in other countries in Europe? Will it make its way to the United States? OR will it truly be exclusive to Italy? We will probably have to wait another year to truly be sure. But for now, its just a really cool release that is definitely collection worthy. 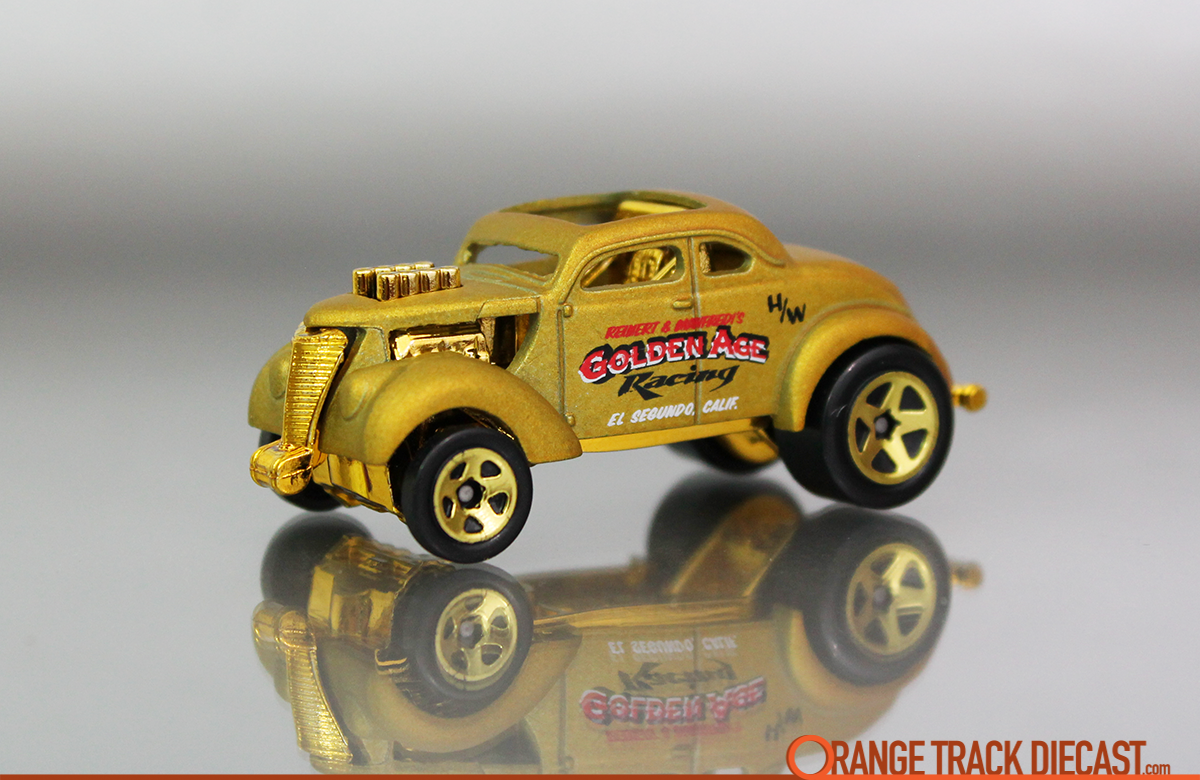 UPDATE 5/31/2018 — There are reports of collectors finding these at retail in Israel and South Africa.