Hot Wheels #Chase pieces have become synonymous with unnumbered series releases as evidenced by the other chase pieces in the other themed assortments as of late. There have been no shortage in supply in these chase pieces and profiteers that snatch up every single one from a dump bin are left with stale stock after the initial craze wears off. Buyers are becoming better aware of how plentiful these releases are as well, so that has helped keep prices down after the “gotta-have-it-nows” get their fix.

With that said, I was caught by surprise when I found a relatively fresh dump bin last month containing the latest #Walmart Exclusive, #FORZA Motorsport Series (2017). I know someone else had been through these because the universal sign of another collector was there — several of the #Chase pieces were hanging on the Walmart price-point sign, above the dump bin. For that unknown collector, I thank you, as I was extremely excited to pick up this #Ford Falcon Race Car. For the next collector, I hope you enjoyed all the ones I left behind. 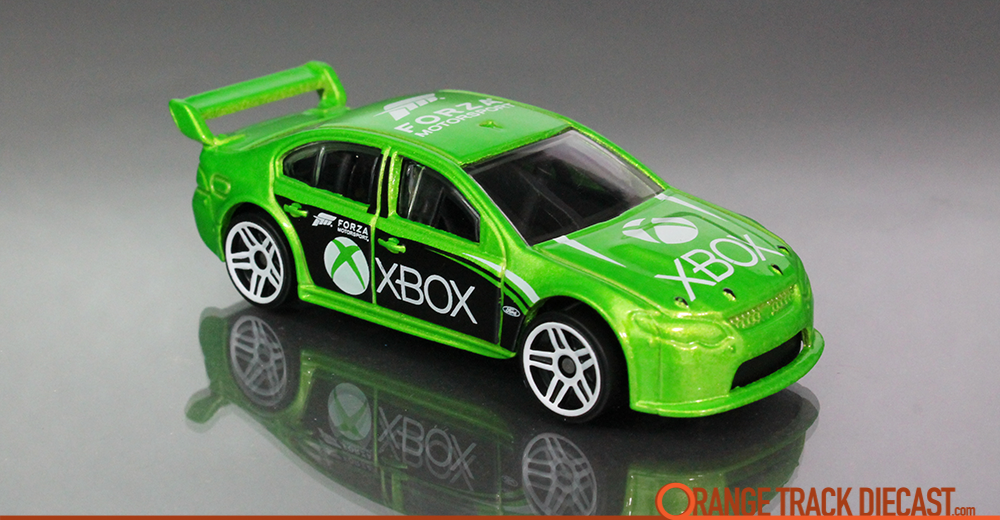 As you can see, the color on this #FORZA Motorsport release of the #Ford Falcon Race Car is brilliantly bright and it fits great with the car’s #XBOX sponsored graphics. Its easy to see why some collectors just had to have it and I can only imagine how the #Falcon-crazed Australians reacted upon finding these at retail. 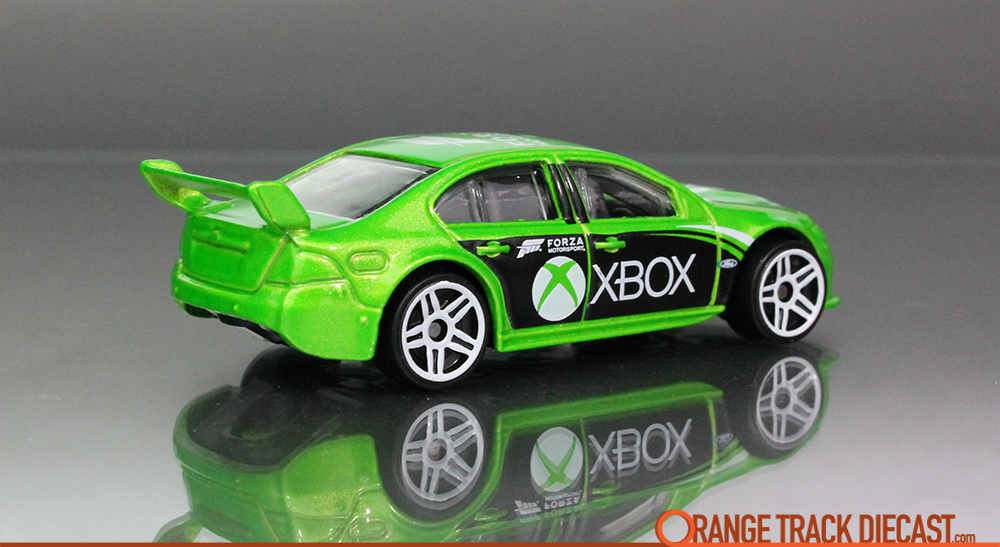 For me, this is kind of a coming out party for the #Kevin Cao Designed, Hot Wheels #Ford Falcon Race Car as the other releases have been rather underwhelming, or very limited. The casting made its debut in the 2012 New Models, had three multi-pack exclusive releases from 2013 to 2015, and was part of this year’s Hot Wheels Racing Circuit series — all underwhelming in my opinion. If you bought them and enjoy them, great! … Its probably more that they are just not for me. The other release, the very-hard-to-find 2012 Team Hot Wheels High Speed Wheel release, is a grail for collectors trying to finish that series, but most collectors have never even seen it and are unaware of its existence. So, in a way, being labeled as a #Chase piece has brought this #Falcon to the forefront of many collecting circles, allowing for collectors (such as myself) to really appreciate a casting that has failed to stand out — until now!