A couple months ago, I acquired part of a small collection that a co-worker’s husband had (see Instagram photo below the article). It mostly consisted Hot Wheels from the ’90s. While I already had most of them, purchasing them was significantly cheaper than having someone look through my collection from that era (which is housed in another state), and having them ship those cars to me. Long story short, the box of ’90s cars definitely brought back from memories of the pre-internet days of collecting. It was a time of many, many rumors being spread at the pegs and during local swap meets.

One of those cars in that box of 40 was the #1998 Hot Wheels #Sugar Rush Series #’96 Mustang GT Convertible. Its not really worth more than the $1 most paid for it in 1998 — if that is indeed what you paid for it — but it was worth the $1 I paid for it a couple months ago. See, back in 1998, I can remember this release being the flavor of the month, selling at a local show for $5 to $10 shortly after they began showing up. Before that, it was kind of a mystery when this car would show up as the other three cars in the series had shown up in prior case codes, while this one didn’t get slotted until later on. Patience had gotten the best of the collectors in my community as many were paying the inflated price for something that was rumored & hyped to be a shortened run. I am not sure if your community was the same, but man, there are no shortage of these today … nearly 20 years later. 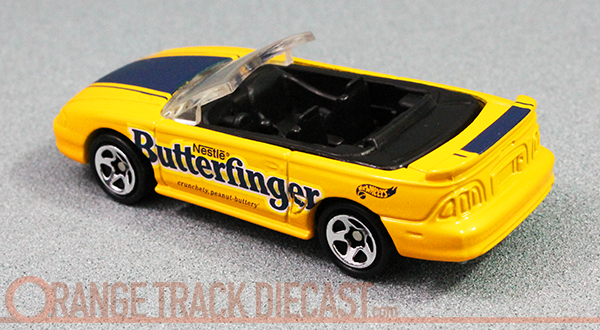 Offline/analog hype aside, this was certainly a piece from a series that of ushered in a new era for Hot Wheels. Prior to 1998, if you had an affinity for another brand that wasn’t Hot Wheels and wished it were tampo’d on the side of your Hot Wheels vehicle, your best bet was to hope that the company had a promotional partnership with Hot Wheels so you could hopefully mail-in for it, or buy it from a local rep. In 1998, the #Sugar Rush Series brought promotional branding to the Hot Wheels mainline as two candy companies — Hershey’s & Nestlé — each had two of their brands, on a total of four cars. It was cool because your favorite candy brands were now on the side of the cars you collect, at retail stores worldwide.

Nowadays, both #Nestlé and #Hershey’s have their brands continually represented on the sides of Hot Wheels vehicles, just like many other brands, in the Hot Wheels #Pop Culture line. This is in addition to the many automotive partnerships Hot Wheels now has on display in series like the #HW Speed Graphics Series and with its plethora of licensing deals. There was a time, however, when it was hard to find the latest #Mustang #Convertible dressed like a #Butterfinger because of demand, believe it or not. 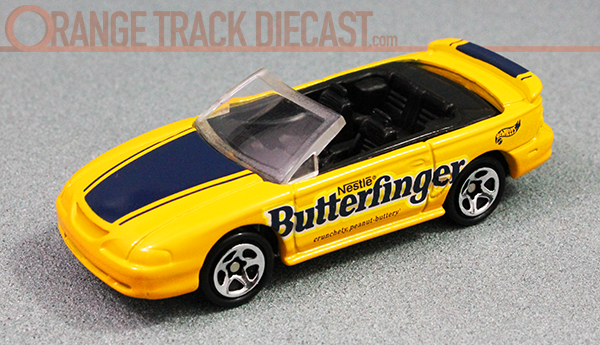