The ’90s called, they want their Hot Wheels back! Haha! All joking aside (since April Fool’s Day was yesterday), the newest #2017 Hot Wheels #Treasure Hunts is the #Fandango and its been showing up as part of the “H” case assortments. This ’90s-inspired graphic art scheme appeared last year in the same #HW Art Cars series — only, that was on the Custom ’77 Dodge Van. There is no secret about this being a regular Treasure Hunt as the large #Flame Logo (TH) is right there, on the roof … in addition to being on the blister card. 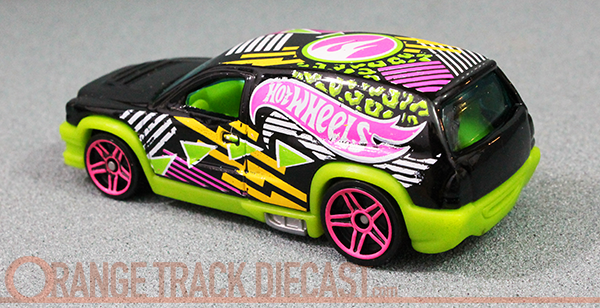 Fans of the Hot Wheels #Fandango, and other casting savvy collectors will notice that the Fandango has been re-tooled for this release. Its officially the second re-tooling of the casting that originally featured a metal body with plastic base. It seems as though this newest iteration of the Fandango casting will mark the end of the original tooling that was introduced in 2001 and used as recently as 2016 (Electro release shown below). The plastic-bodied, metal base iteration of the casting was initially released in 2011 for the Fandango’s inclusion in the #Color Shifters line. It been used in that, and a couple times as a #5-Pack Exclusive, since.

While most collectors (including myself) are usually disappointed with the introduction of more plastic into a casting, I am excited to see how this newly-tooled #Fandango is utilized in the future. See, the plastic fenders/bumpers offer a nice color-break in the casting’s body. Being the paneled SUV that it is, its always received a heavy dose of graphics in all of its releases. This means that it will more-than-likely never be released with a clean or stock approach that would be better off with that all-metal body. Instead, this color-break offers seemingly infinite color-combinations for all the wild and crazy graphic schemes that this casting’s future holds.

Aside from my preference for the releases of the #Fandango to be any more absurd than they already are, this is a custom SUV — which is thought to have been based off of the Dodge Durango — that deserves a permanent custom look. The new “interior-colored” fenders offer that in addition to showcasing that custom side-exhaust better. The Fandango almost seems lost in that ’90s, lowrider truck nostalgia, which ultimately made this #Unlicensed Hot Wheels SUV a great candidate for the re-tooling and these graphics in the #HW Art Cars series.

UPDATE 06/27/2017 — Orange colorway from the 2017 Hot Wheels “L” case assortment. Notice the absence of the Flame Logo on top since this is no longer a Treasure Hunt. 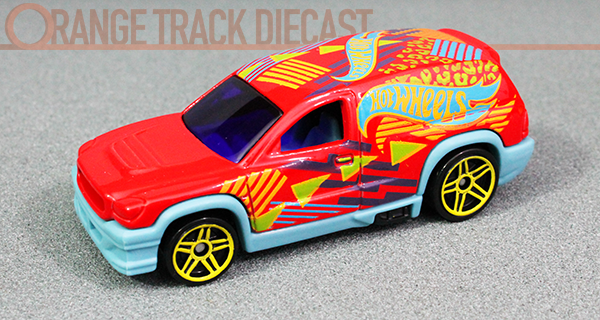