The Hot Wheels #Hooligan almost always makes collectors think they have captured an error as the casting does not have a windshield. Perhaps, its all in the name but this car can get you at the pegs if you are unaware of the casting in the first place. This rebellious prankster is simply an #Unlicensed Hot Wheels car designed by Hot Wheels designer, Gary Saffer.

It represents an early 1930s hot rod that was most likely modded by a person of the same nature — a hooligan. According to a few collectors, the windshields on early 1930s Ford & Chevy cars weren’t as safe & sturdy as windshields of today and most did not survive over time (especially in junk yards). So anybody that was chopping the roof on one of these hot rods was forced to wear a helmet or be subjected to bugs in their face. 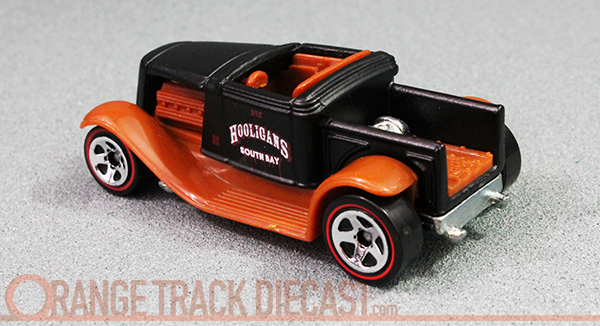 This #2008 Hot Wheels release of the #Hooligan is my personal favorite release. Its #Rat Rod paint/colors coupled with the #5-Spoke Wheels with #Redlines give this car a classic look. Its unfortunate that many collectors were unable to see this one on the pegs of their local retail store as it was released as part of the 2008 #Mystery Cars — you know, the ones with the blackened-out bubble on the blister.

Even of the releases that came in standard blisters with clear bubbles, it was hard to see one of the coolest features of the Hooligan: the gas tank. The gas tank resides in the bed (in barrel form) and is part of the casting’s base. This is exceptionally cool because with the base being metal and the bed being plastic, it creates a visual separation between the two pieces. 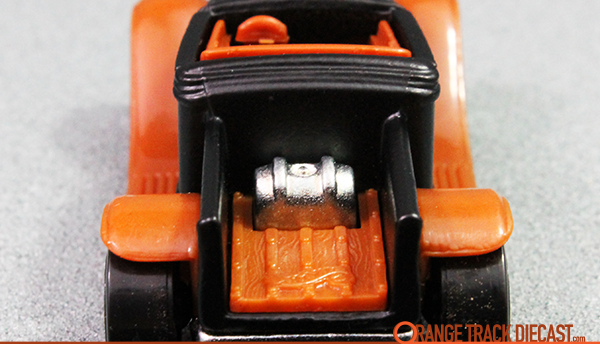 Possibly one of the biggest mysteries surrounding this #Mystery Car is the name on the sides of it: “HOOLIGANS SOUTH BAY”. I tried to do some research to see if there was a story behind it as most often the non-generic graphics on Hot Wheels cars have some kind of meaning behind them. The only thing that I could find is that there is a Hooligans Motorcycle Club (MC) that did a Toy Run in South Bay (San Francisco area) for several years before and after this release. Are they related? I am not sure, but maybe the graphics designer had some ties to the club. For now, we are going to leave that one a mystery. 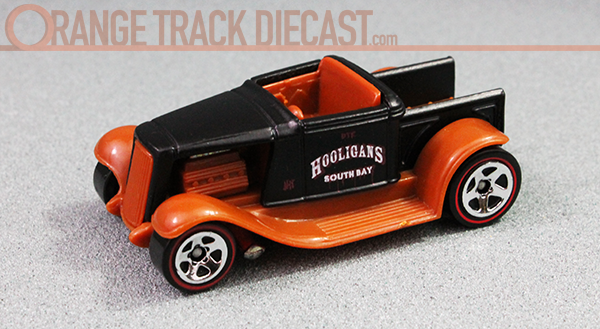 Special thanks goes out to Scott Dunlap, Jason Zane and Jason Stouder for their assistance in writing this article.

For more photos of your favorite Hot Wheels cars, check out @orangetrackdiecast on Instagram!