Its still hot and baseball is still in full swing [cheesy pun intended]. While #Major League Baseball Hot Wheels #Promotional Vehicles seem to be a thing of the past, several collectors have taken it upon themselves to collect them all. Other collectors, seem to grab the ones of their favorite team and/or of the Hot Wheels castings they collect. I am definitely in the latter group and I just recently (finally) grabbed the Monte Carlo Stocker that was released as a Milwaukee Brewers Promotional Giveaway in 2000 — since the Brewers are my favorite team and all.

Since I was in Milwaukee last week visiting with family and friends, I took the orange track over to Miller Park, which is home to the Milwaukee Brewers. It was an off-day at Miller Park as the Brewers were out of town playing a couple series of away games. As you can see, the parking lot was lacking the usual tailgating crowd… 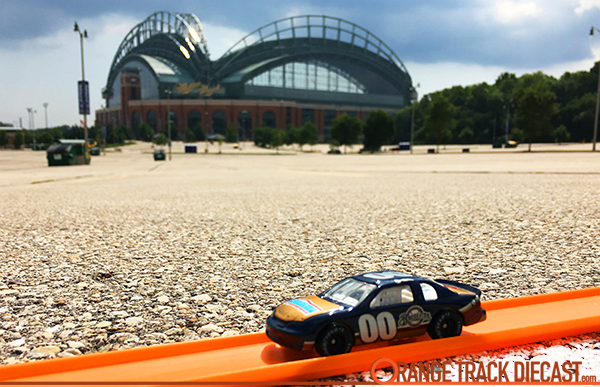 Hot Wheels Monte Carlo Stocker from a 2000 Milwaukee Brewers Promotion (with Miller Park) in the background.

Since this was a giveaway in 2000, it was actually given away at the old Milwaukee County Stadium as that was the last year before the Brewers moved into Miller Park. Oddly enough, the old stadium sat pretty close to where I took this photo. 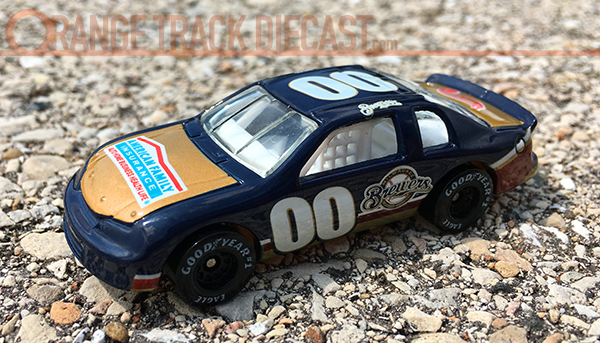 At the time, I had wished the Brewers gave out a more classic Hot Wheels casting like several of the other teams had done. This is most likely the reason why I have first picked up this release 16 years later. Instead of using a classic Hot Wheels casting, for some reason, they used the Monte Carlo Stocker which was used in the #Hot Wheels Racing line at the time. The only thing I can think of is that since it was a cross-promotion between the Brewers and American Family Insurance they chose a stock car since they are designed to have multi-sponsor graphics. The car also wears a prominent #00 as its racing number since this was the year it was released. It was the only promotion Hot Wheels ever did with the Brewers whereas the last #Major League Baseball #Promotional Vehicle was given away in 2010 by the San Diego Padres. 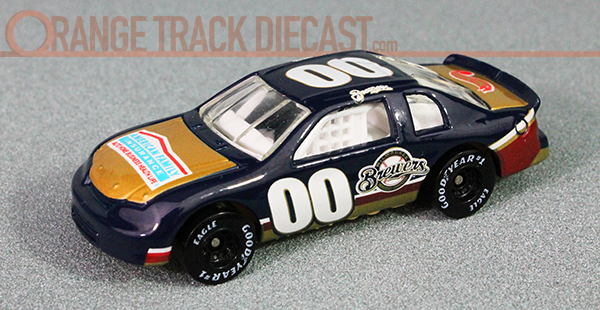