Since an un-numbered release of the Rodzilla in the 2012 mainline, Hot Wheels has released a car for the Chinese New Year all but one year (2013) — the list of these can be seen below. So far, they have all been #Unlicensed Hot Wheels and the last three releases have featured custom graphics that have consisted of that year’s animal, the year in the form of a racing number, and Chinese characters (type). 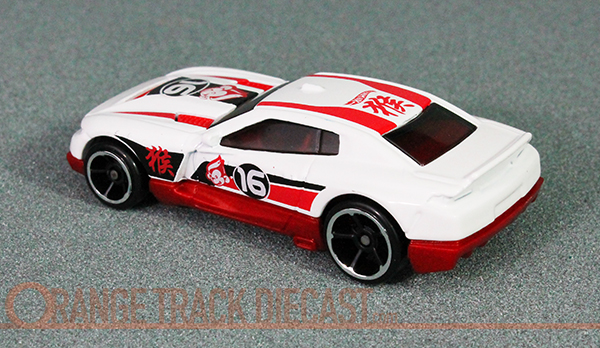 This year’s edition was the Hot Wheels D-Muscle from the #HW Digital Circuit series — a series that featured castings that are good on track and also unlock special features on HotWheels.com. The D-Muscle itself is a relatively new casting as it first appeared last year as a 2015 New Model in the HW City / Performance series. Just like many other #Unlicensed Hot Wheels, it takes its styling cues from many modern #Muscle Car concepts from the likes of the #Mustang, #Camaro and #Charger. Being that it is unlicensed, no licensing approvals are needed outside of Mattel when a new release is imminent. This usually makes for a quick-turn on a graphic design such as this one that goes beyond the abstract car graphics scope. 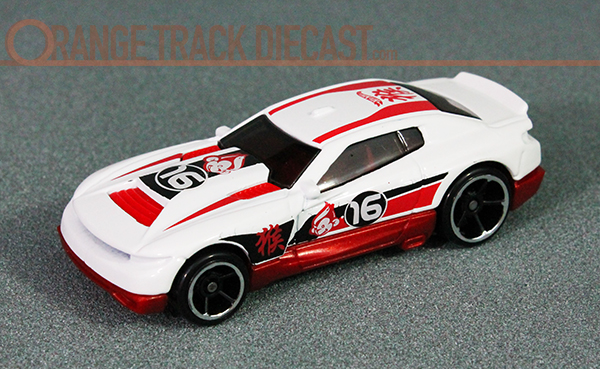