The Hot Wheels ’66 TV Series Batmobile is back for 2016 and its in a grand fashion. Typically any release of the ’66 Batmobile doesn’t last long on the pegs but this one — you can bet — won’t even make it to the pegs in most cases. This version of the ’66 Batmobile is one of 15 hidden Super Treasure Hunts for 2016. Sporting spectraflame black AND real riders, this version ranks among the best renditions of this classic #TV & Movie Car so far. To top it off, this #Batmobile has ghost flames and a hidden “TH” insignia just behind the exhaust pipes on the trunk.

The 2016 Batman Series consists on five Batman vehicles. This ’66 TV Series Batmobile, The Bat and the “Tumbler” Batmobile from The Dark Knight (2008), along with the Arkham Knight Batmobile, and the brand-new Batmobile from Batman vs. Superman: Dawn of Justice (2016) which is scheduled to open one week from today!

While anything Batman is usually popular with collectors, this super ’66 Batmobile will have collectors making a couple extra trips to their local retailers in search of one. The “J” case assortments are just starting to be found in Malaysia and Australia while collectors here in the United States are sinking their teeth into “G” & “H”case assortments (there is no “I” case assortment).

In case you missed it, we covered the #2007 New Models version of the Hot Wheels ’66 TV Series Batmobile back in January for the 50th Anniversary of the original Batman TV Series in which this car was a part of. Check that out if you’re interested in the casting otherwise best of luck to you in finding this one … you’re going to need it! Happy hunting! 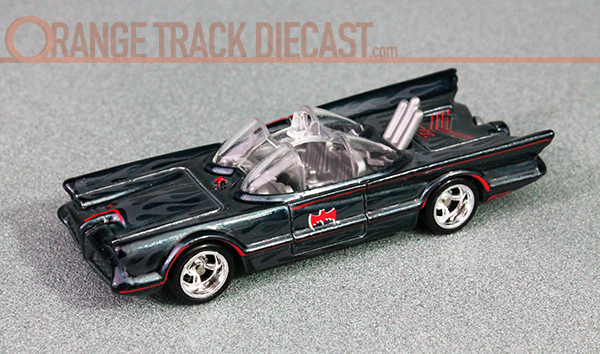 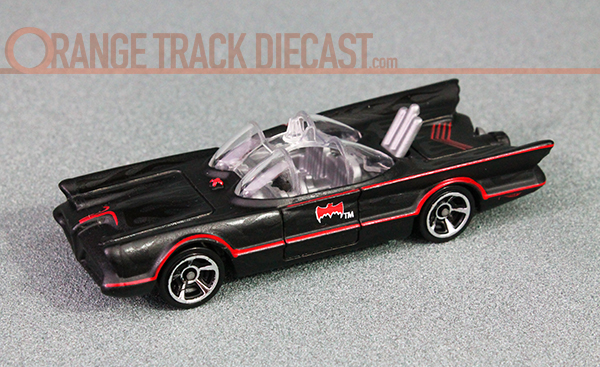 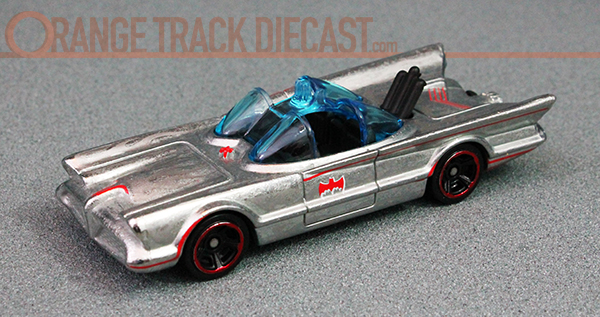