Well, in a rather busy week for me…and a week full of the Hot Wheels Rip Rod for you, I bring to you the last of the four current releases of the Rip Rod: 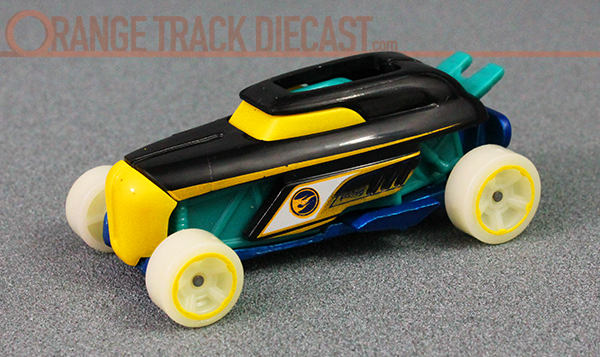 ….the Rip Rod from the 2016 HW Glow Wheels Series. Sure, its one of the hidden regular #Treasure Hunts for 2016, but that’s not what makes it cool to me. The cool factor comes as part of the series that is actually on the package…the HW Glow Wheels Series. See, #Glow-in-the-Dark Hot Wheels were not too common (if at all) when I was growing up in the 1980s. In my prime “track years” I had long dreamed of a car that would light up, or at the very least, glow. So while collectors may be taken back by the use of these glow-in-the-dark wheels, I think it was a great call by the Hot Wheels team to designate a specific series of them for the kids to collect and race.

Since it is a regular treasure hunt that was part of the “C” cases for 2016 (released in December 2015), it can be a little tricky to find since we’re starting to already see “G” cases here in the United States. Rest assured, they are still out there as I just found this one last week at a local Safeway grocery store. With only four versions so far, the Rip Rod is certainly a casting that is very attainable and not too late to start collecting.

All 4 of the Hot Wheels Rip Rod releases