This ’70 Chevelle Racer is a heavily modified ’70 Chevelle that features one seat, a roll-cage, fender flares, a racing spoiler and side exhaust. It also has same-sized wheels versus the muscle car casting that has the “Hot Wheels rake” look (with larger back tires).

In 2013 & 2014, we were treated with releases that were sponsored by Gulf Racing, Edelbrock & Summit Racing. This 2015 version was the first release that featured a generic racing scheme. Wearing the #10 along with various small “sponsor logos”, this version came in 3 colorways; metalflake dark blue, satin red and metalflake dark green. The metalflake dark green version was a November 2015 Kmart Collector’s Day Exclusive. All three are pretty easy to find on secondary sale sites.

After obtaining all 3 colorways, I was surprised to find a previously unrecorded variation on the metalflake dark blue version late last week. While sifting through the 4 cars on the peghook at a local Walgreens, I glanced down and saw the Hot Wheels 9-Packs. Normally I don’t even look through them unless I am looking for a specific casting exclusive to the multi-packs. However (while glancing), I saw the dark blue version which I couldn’t remember seeing in the 9-Packs before. After picking it up off the shelf, I noticed the wheels were gold-chrome 5-Spoke (5SP). I could have sworn the dark blue release came with chrome 5SP. Normally, when I find a suspected variation, I get out my phone and check reference sites to compare — most of the time, its not a variation, let-alone a rare one. Being in a rush, I didn’t even bother checking and set it back on the shelf. I get back to work and continue thinking about it. I check out all my Hot Wheels reference sites and there is no mention of it! After work, I raced back to that Walgreens and bought it!

Part of me thinks this may be a “transition piece” — which happens when parts of one colorway are combined with parts of the next. This would make sense since the dark blue one has base codes that are G37-G41 (meaning they were produced between the 37th and 41st weeks of 2014). The next colorway was satin red (which had those same gold-chrome 5SP wheels) and that has base codes between H07 & H10. The variation that I found? An H09 base code means that it was produced in the middle of the satin red run. Normally transition pieces happen at the beginning of the next colorways as leftover pieces from the 1st colorway are used on the 2nd colorway. This leads me to believe that this is a multi-pack exclusive (all the other cars in the pack are). There have been rare wheel variations showing up in multi-packs and this appears to be one of them! 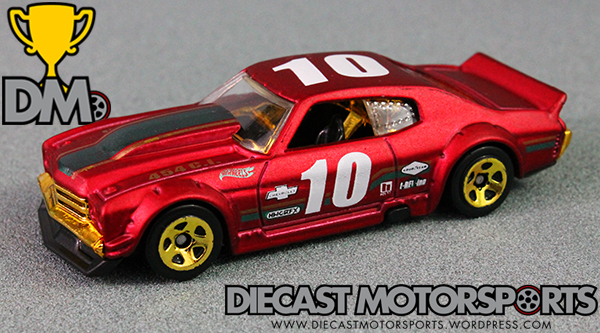 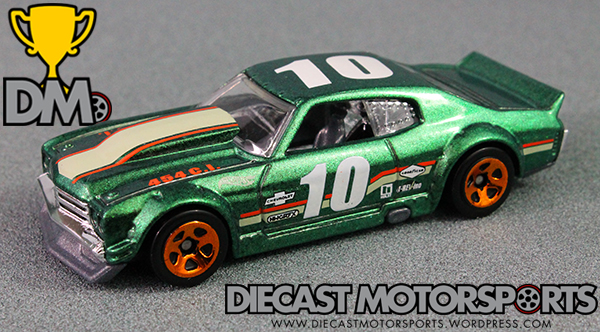