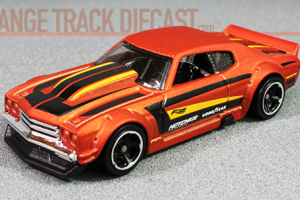 The #’70 Chevy Chevelle SS is back again for 2017 in what has become one of my favorite segments, the #Night Burnerz Series. Hot Wheels vaguely describes the lineup of cars as “Super speeders designed for night driving”, but to me, this series is the epitome of the […]