Ahhhh, the Ford Focus–the lone-wolf of the Night Breed 5-Pack. While its seemingly unclear of the Hot Wheels Marketing Department’s intentions behind including this pro-stock car in a 5-Pack with 4 other tuner-style cars, it does look great in that Spectrafrost Red. It looks so good that we could only salivate over what could have been if another tuner car had taken its place.

While I’d be reminisced to say that not many tuners were produced pre-2004, the 2001 Honda Civic Si, Super Tsunami or even the Tantrum all would have looked great with that satin red paint. However, a closer look reveals that Hot Wheels had already begun marketing the pro-stock Ford Focus as a tuner with its inclusion in the 2002 Tuners Series and the 2003 Tech Tuners Series.

So while it may seem funny that a pro-stock car was part of a tuner-dominant 5-Pack, this Ford Focus can be considered part of the Night Breed, just the type that races under the lights—not away from them! #Night Breed Week continues tomorrow. 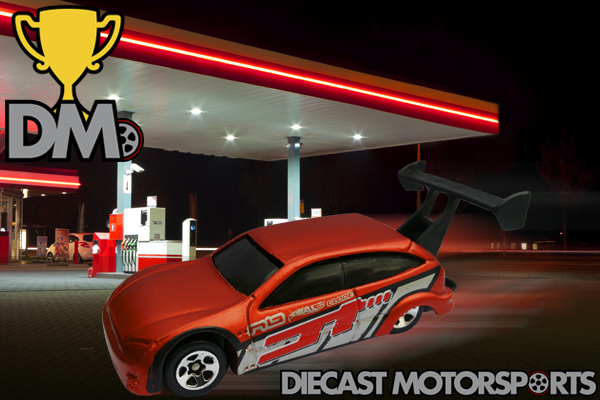 RELEASE DETAILS: Satin Red Body (metal). Dark-Tinted Windows. Black Interior and Wing. Black Base (plastic). Made in China. Toy# B3637. Released in 2004 as part of the Night Breed 5-Pack.