With the release of the Ant-Man movie today, its fitting that we received an Ant-Man Hot Wheels in this current wave of Marvel cars in the Pop Culture line. For some reason, Hot Wheels likes to use the old comic graphics versus the new movie graphics for its Pop Culture line–they do this for the other series in this line as well. It could be that the Pop Culture line was formerly known as Nostalgia line, as well as Nostalgic Brands line, so using the old graphics would be a “nostalgic” way to look at these licensed brands.

The Hot Wheels Bread Box is a great delivery truck and has featured all kinds of graphics for Postal Delivery, Courier Services & a Painting Company, in addition to serving as a billboard for numerous Pop Culture/Nostalgic brands. Designed in 2009 by Jun Imai, the Bread Box was first released as part of the 2010 New Models series. Look for this current release in stores now and check out Ant-Man which is in theaters now! 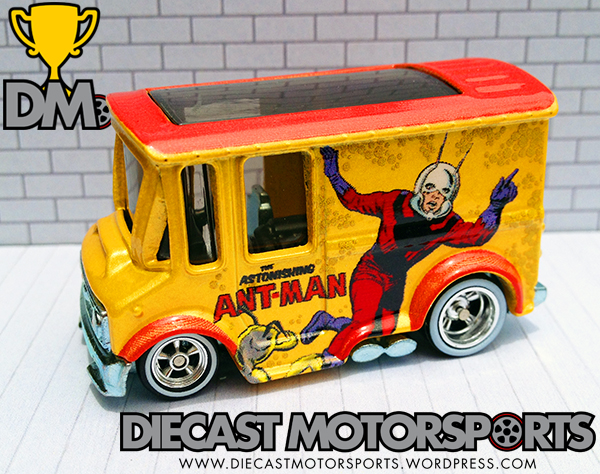